This documentation supports releases of BMC Helix Continuous Optimization up to December 31, 2021. To view the latest version, select the version from the Product version menu.

Collecting data by using the ServiceNow

To collect data by using the ServiceNow ETL, do the following tasks:

A. Decide What hierarchy you want to import and build in TSCO. Generally starts with Business Services → Business Application → Server Machines (Contains metrics).

B. Decide whether use the reference number for each nodes and their relationships or not. If you have two or more nodes belongs to the same ServiceNow table, it's highly recommended to use a reference number. So the relationship know which nodes it's referring to.

The following table contains the description for each field (use “dot notation” to traverse element in the JSON schema):

As example, you can refer to the following ServiceNow topology: 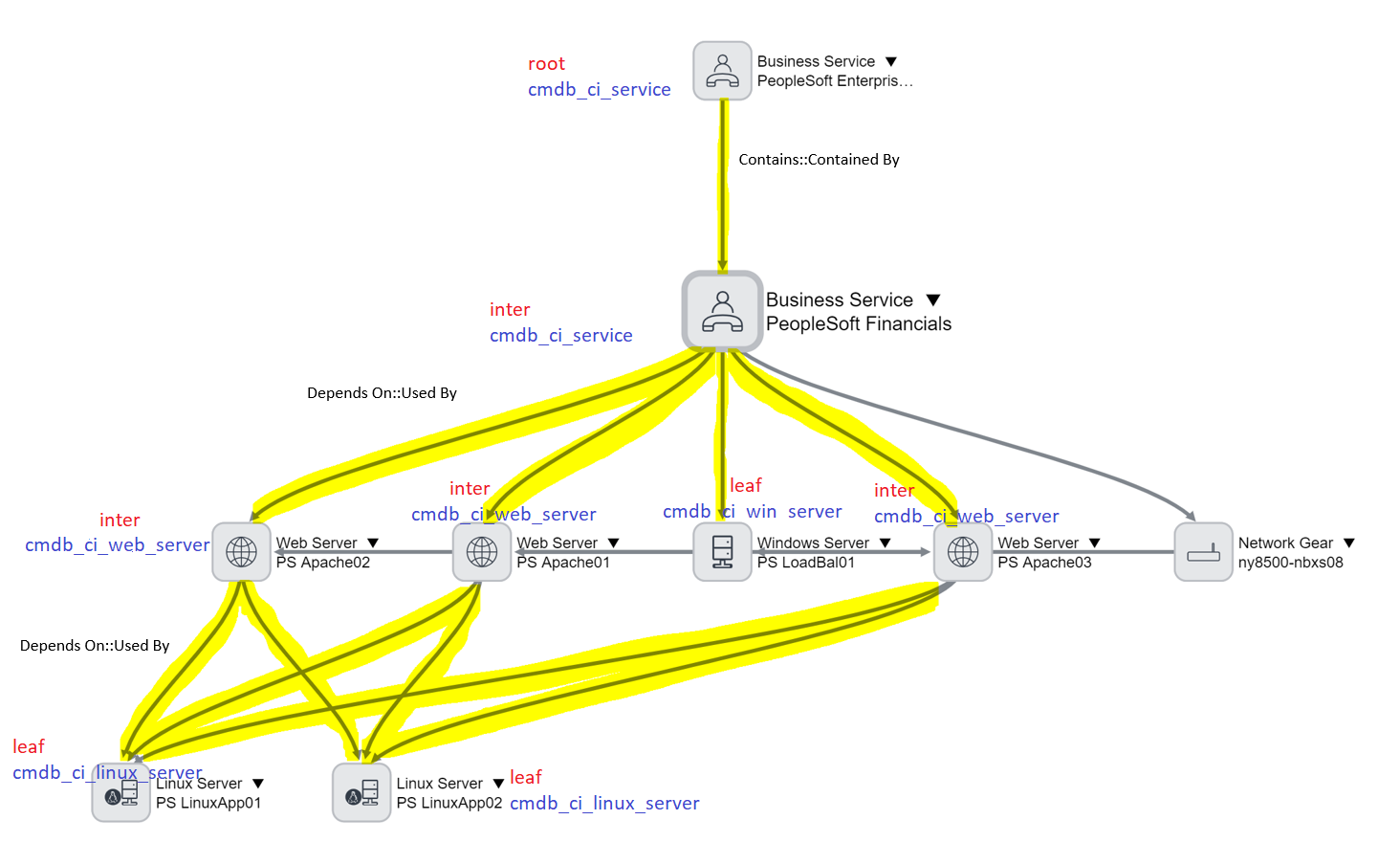 This topology can be represented by the following JSON configuration file (ServiceNow_Configuration_Example.json).

Considering the JSON configuration file described above, the “Moviri Integrator for BMC Helix Continuous Optimization – ServiceNow” will create the following hierarchy in the TSCO workspace: 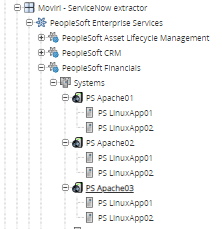 Considering the above example with modification: using reference number, have hidden node and use last inter node as leaf node's tag value. The configuration file will look like this example2Ref_hidden_tag.json 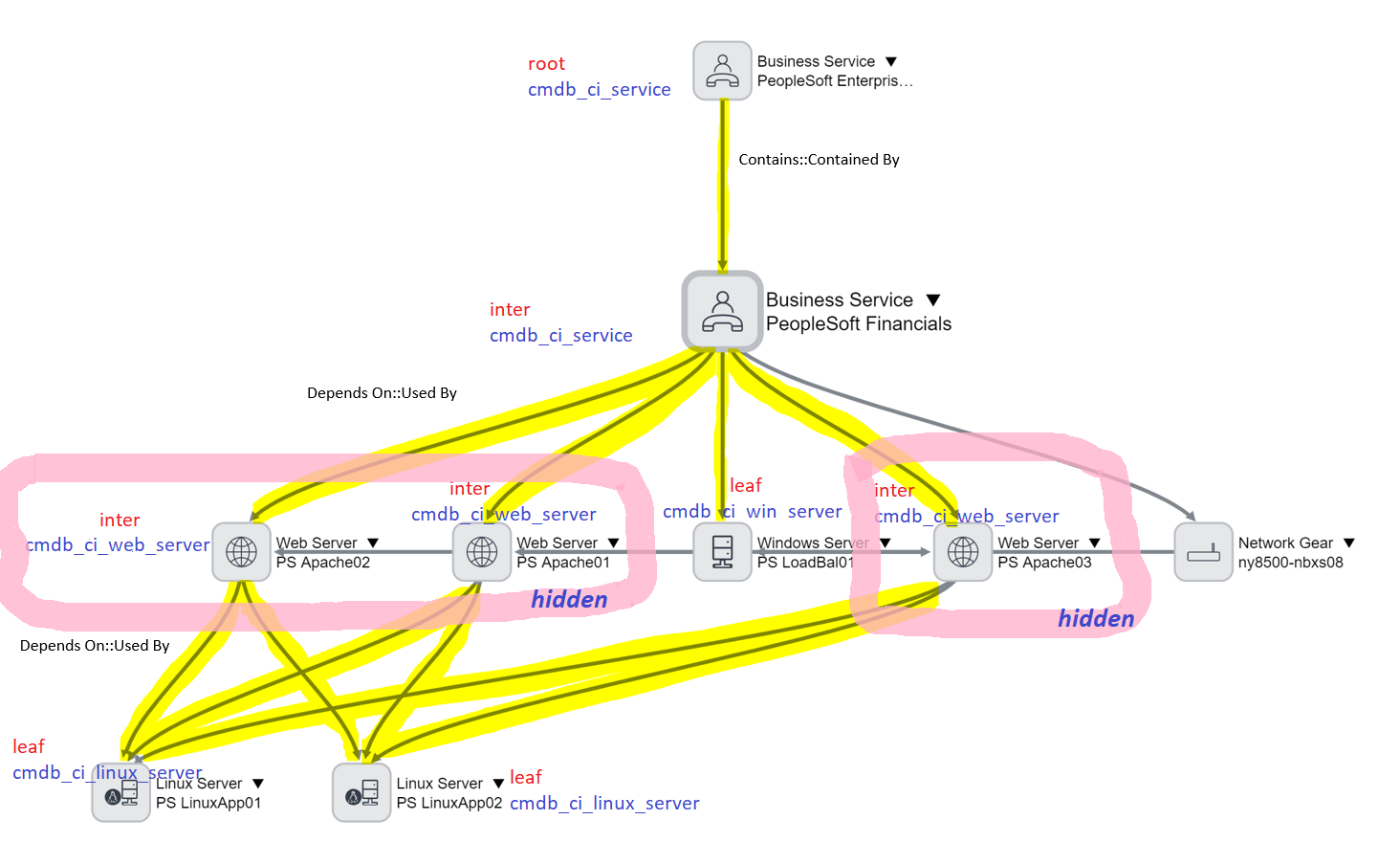 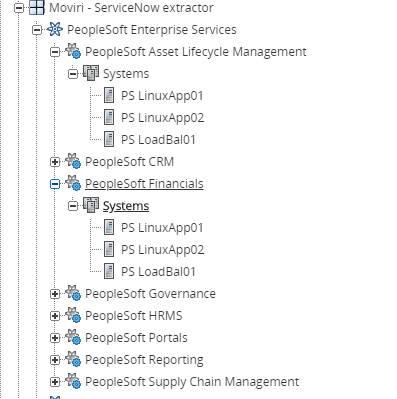 The leaf node will have a tagType called "WebServer" using the hidden inter node's name as values as PS_Apache01, PS_Apache02 or PS_Apache03. 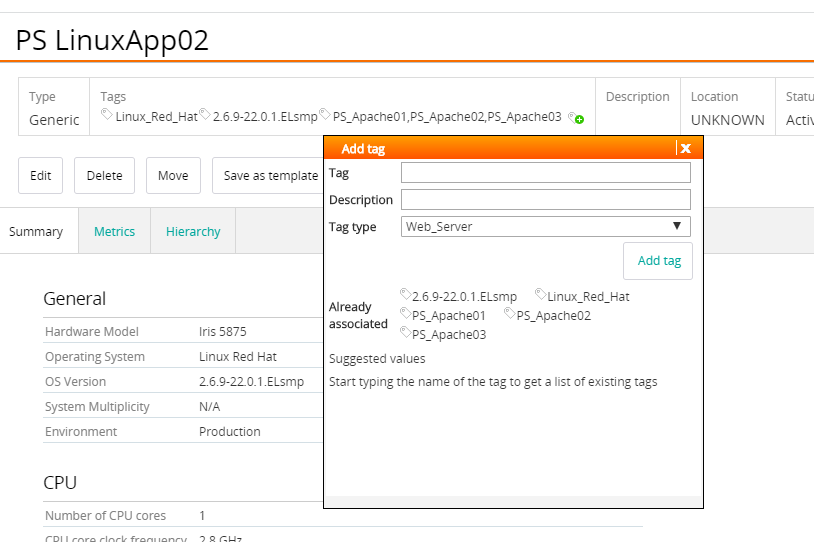 As example, you can refer to the following dependency views from ServiceNow: 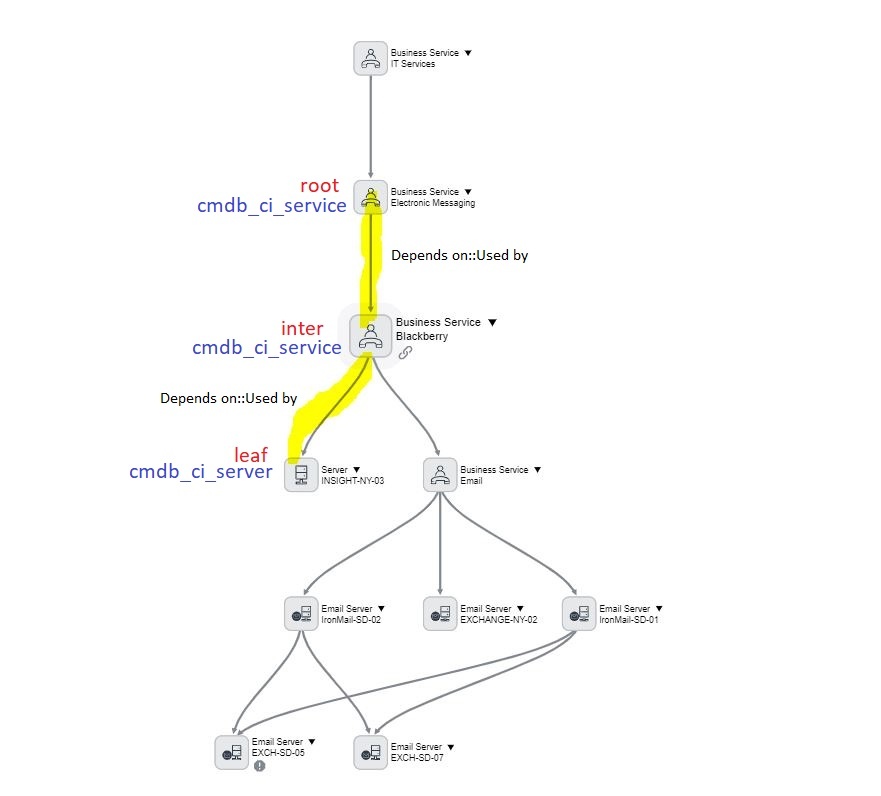 Considering the JSON configuration file described above, the “Moviri Integrator for BMC Helix Continuous Optimization – ServiceNow” will create the following hierarchy in the TSCO workspace: 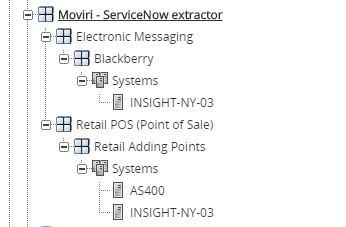 A. Configuring the basic properties

Some of the basic properties display default values. You can modify these values if required.

To configure the basic properties:

6. Click the ServiceNow - Extraction tab, and configure the following properties:

7. (Optional) Override the default values of properties in the following tabs: 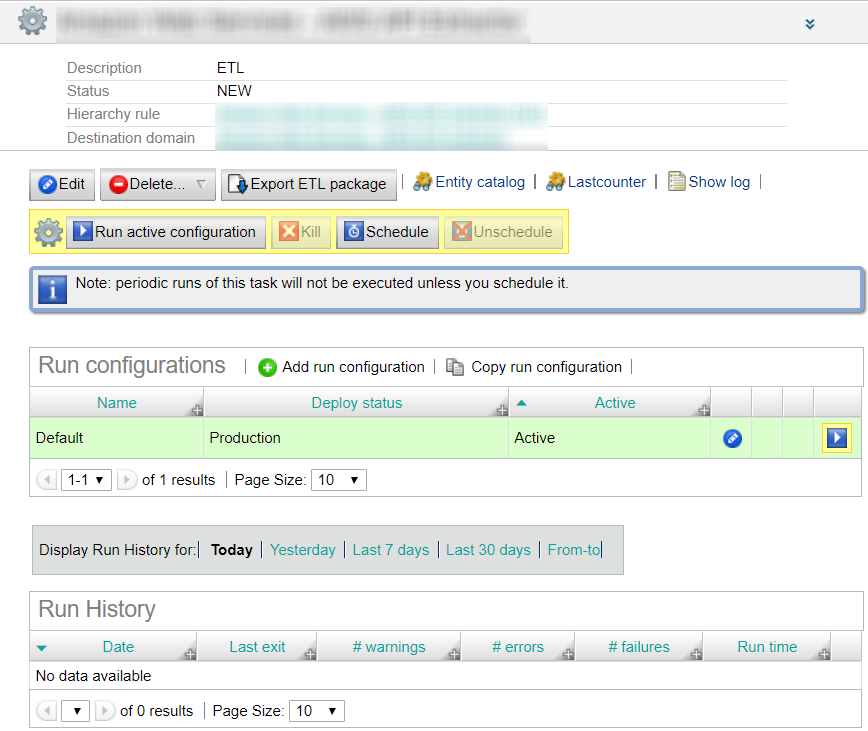 (Optional) B. Configuring the advanced properties

You can configure the advanced properties to change the way the ETL works or to collect additional metrics.

To configure the advanced properties:

After you configure the ETL, you can run it to collect data. You can run the ETL in the following modes:

A. Simulation mode: Only validates connection to the data source, does not collect data. Use this mode when you want to run the ETL for the first time or after you make any changes to the ETL configuration.

B. Production mode: Collects data from the data source.

A. Running the ETL in the simulation mode

To run the ETL in the simulation mode:

B. Running the ETL in the production mode

You can run the ETL manually when required or schedule it to run at a specified time.

By default, the ETL is scheduled to run daily. You can customize this schedule by changing the frequency and period of running the ETL.

To configure the ETL run schedule:

Verify that the ETL ran successfully and check whether the ServiceNow data is refreshed in the Workspace.

To verify whether the ETL ran successfully:

To verify that the ServiceNow data is refreshed:

Was this page helpful? Yes No Submitting... Thank you
Last modified by Bipin Inamdar on Feb 15, 2022