Many countries and regions employ daylight saving time (DST), also called summer time, which is the practice of advancing clocks in spring to add more daylight hours in the evening. In autumn, clocks are adjusted back an hour, to return to the region's standard time. Changes to DST can affect the time of the blackout period, so that the start time of a blackout period for an Execution Plan can vary one hour when the clocks are adjusted. This discrepancy is different based on whether your blackout periods are configured to run on UTC time or the TEA Agent's local time. 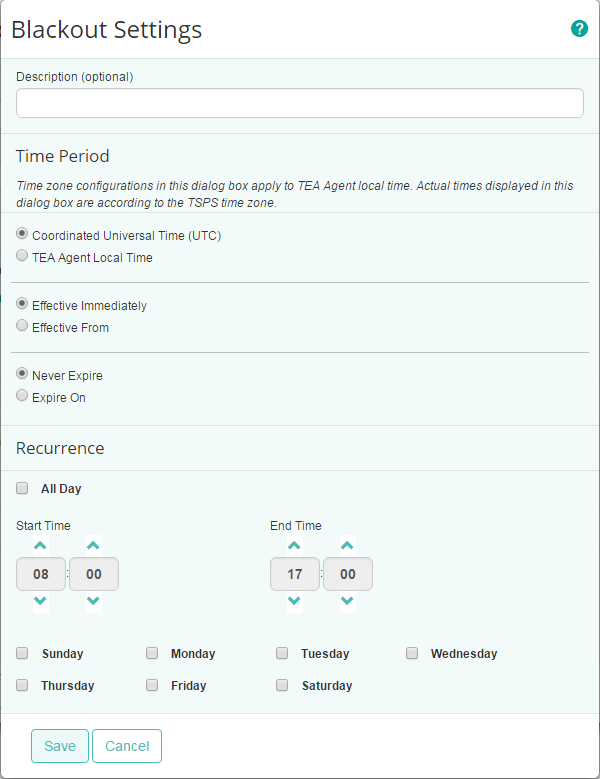