The use case in this section demonstrates how configuration item (CI) based access control allows you to:

Joe is an operator who has access to both Microsoft Windows and UNIX servers. The administrator wants Joe to be able to monitor and observe events generated from both these servers but wants to allow setting of thresholds only on monitors associated with UNIX servers.

The administrator can achieve this control by performing the following steps. For detailed information about procedures mentioned in these steps, see Managing users.

The figure below illustrates these settings. 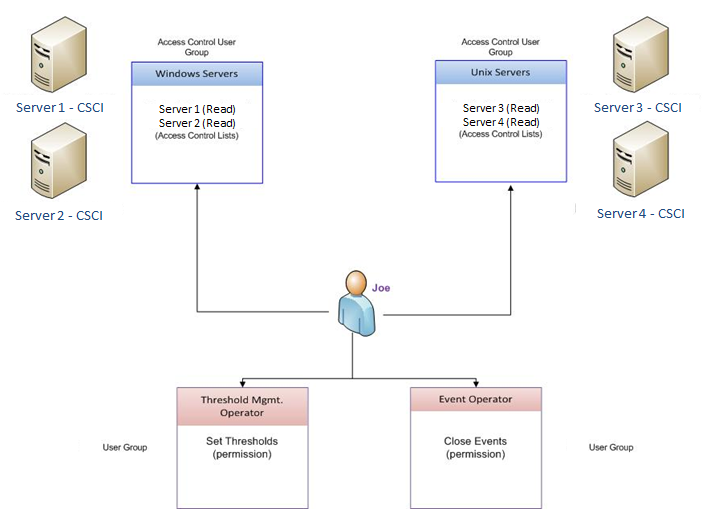