The discovery system runs various scripts through the login session to obtain information from the host systems. From the BMC Helix Discovery user interface, you can:

However, you cannot add new scripts.

Restricting paths on which you can execute discovery commands

To view the existing scripts

You can only edit and enable or disable selected shell and PowerShell scripts from the Discovery Platforms page. You can only view the following methods, they cannot be modified:

The maximum line length of an interactive script is OS and shell dependent, and exceeding such a limit will cause the commands to fail. Ensuring that all lines in discovery scripts contain fewer than 128 characters will prevent such a failure from occurring.

PowerShell scripts can be edited just as UNIX or Linux shell scripts. The output of a PowerShell session can contain complex objects, for which, parsing will almost certainly yield unexpected results. Ensure that any script changes you make return text using the Format-List cmdlet.

In addition to the standard discovery commands described in the previous section, additional discovery methods can be called by patterns. For more information, see manual pattern execution and DiscoveryAccess page. The following methods are used:

Bear in mind standard scripting techniques when editing these commands. For example, some BMC Helix Discovery commands use pipelines and might need to be modified so as not to mask the desired exit status code. Exit status codes are OS, OS version, and command dependent. Consult your OS documentation for information about exit status codes and their meanings.

To record exit status, you must prefix the discovery commands with tw_capture. The first parameter is a name used to identify the captured information. The second parameter is the command to run, and any further parameters are passed to the command; or example:

To enable capture of output using tw_capture, /tmp on the target host must be writable by the discovering account.

You can record an exit status from commands used in a pipeline; for example:

It can also be used in backticks; for example, when running a command and assigning the result to a shell variable:

The following screen shows two example tw_capture commands: one that will succeed, and one that will fail. These commands have been added to the start of the getDeviceInfo method: 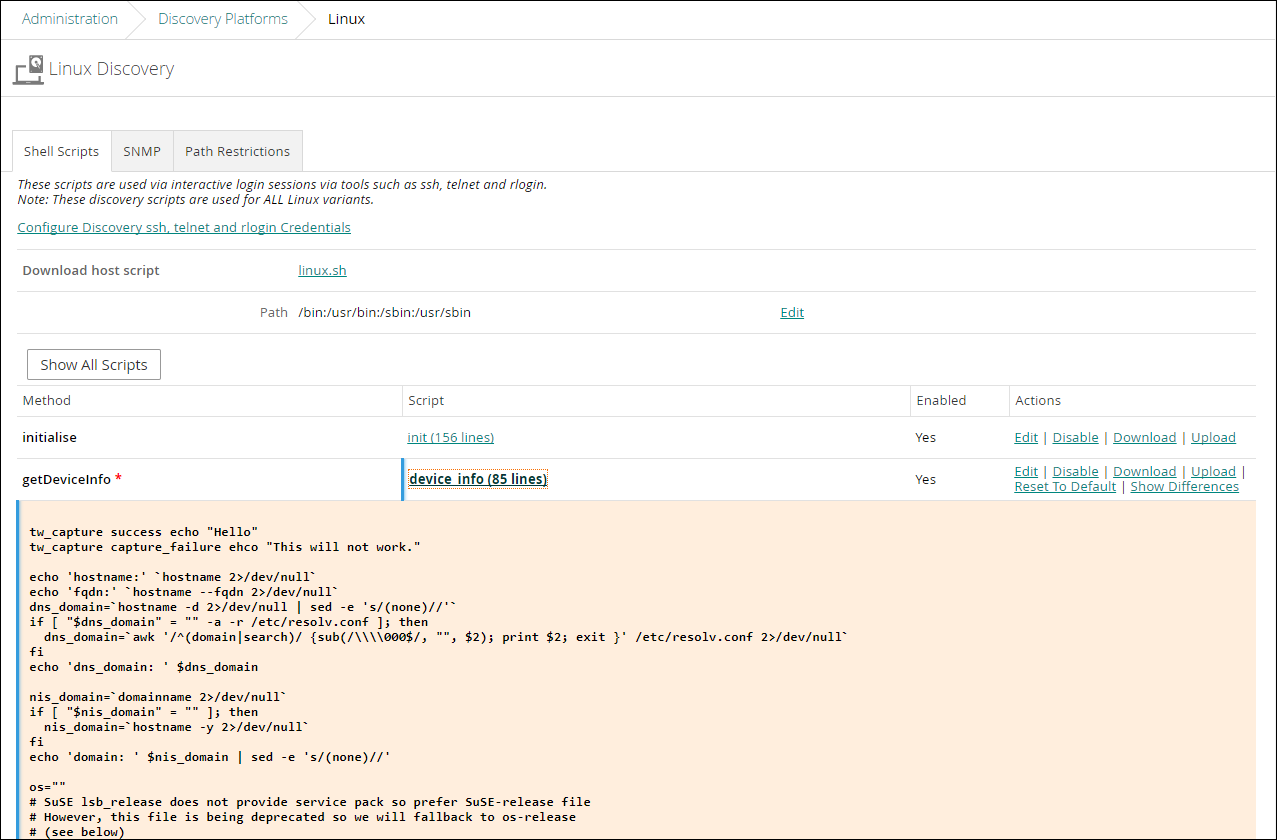 To view the exit status

After you have added the tw_capture commands and discovered a host, causing the method to be run, you can see any command failures by viewing the appropriate method link on the Discovery Access page.

Was this page helpful? Yes No Submitting... Thank you
Last modified by Duncan Tweed on Apr 01, 2022
bmc_contributor