The Cloud Probe captures web traffic passing through the network and sends information to the Real User Collector so the BMC Real End User Experience Monitoring Software Edition can monitor applications that are deployed on premises, or in a public cloud environment, such as Amazon EC2, a private data center, or a hybrid deployment.

You can also install a Cloud Probe directly onto a Linux or Windows operating system to provide passive real end-user monitoring capabilities in environments where network taps or spanning ports are not accessible.

The following examples describe the typical deployment methods in which a Cloud Probe, or several Cloud Probes, can be connected to a Real User Collector.

Cloud Probe on a dedicated system

The Cloud Probe is installed on a dedicated Windows or Linux computer. The Cloud Probe captures the web traffic through a network tap or an appliance that supports a Generic Routing Encapsulation (GRE) tunnel.

You can install the Cloud Probe on a dedicated Windows or Linux computer. As shown in the following illustration, this deployment uses a network tap to capture the traffic. 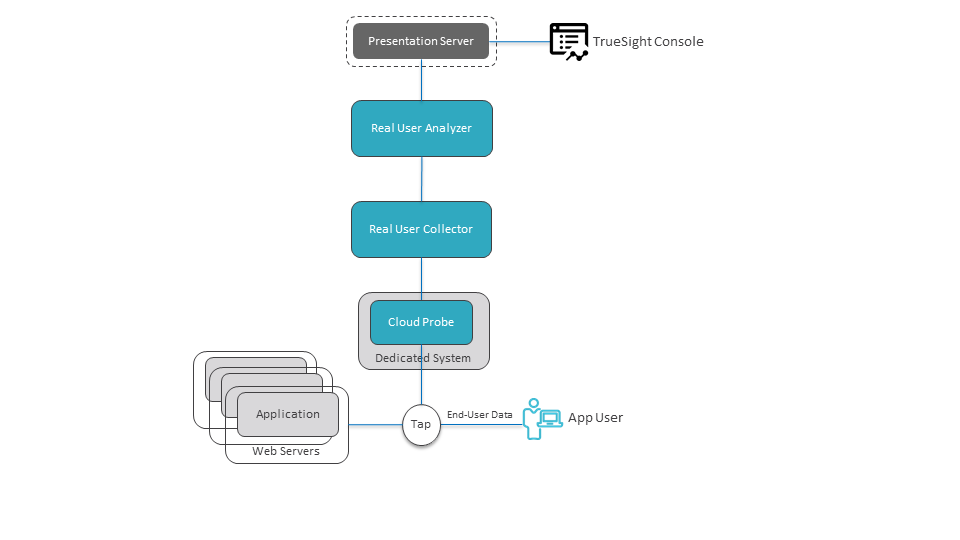 Promiscuous mode traffic capture is not possible with a Hyper-V host because the Virtual Switch (vSwitch) will not forward packets to a virtual machine unless it has the machine's MAC address as a destination.

To deploy a Real User Collector on Hyper-V host, you must use a Generic Routing Encapsulation (GRE) tunnel to encapsulate and carry the traffic. 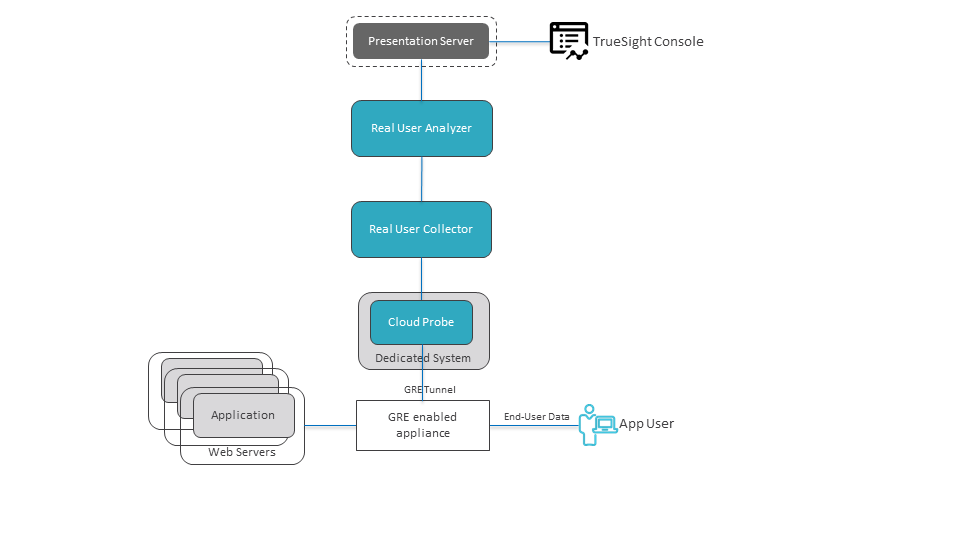 Cloud Probe on a load balancer

It is possible to use a load balancer as a tap point by installing the Cloud Probe on the system that provides the load-balancing operations for the application. It is not necessary to enable the Promiscuous Mode/Accept with this deployment.

To install the Cloud Probe on a load-balancing system: 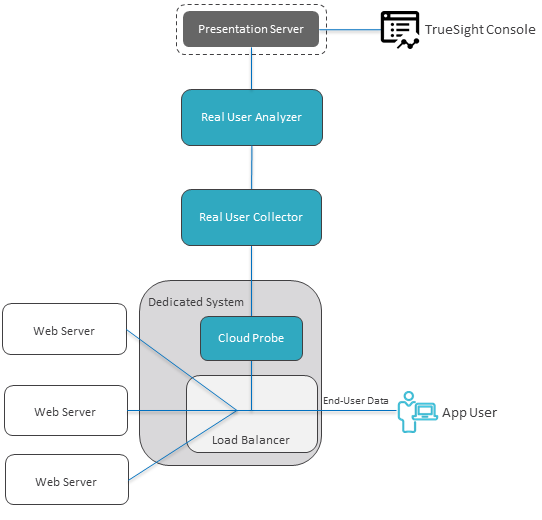 Cloud Probe on a web server

You can install the Cloud Probe on your web servers. This approach requires resources from the web server. If you adopt this deployment option: 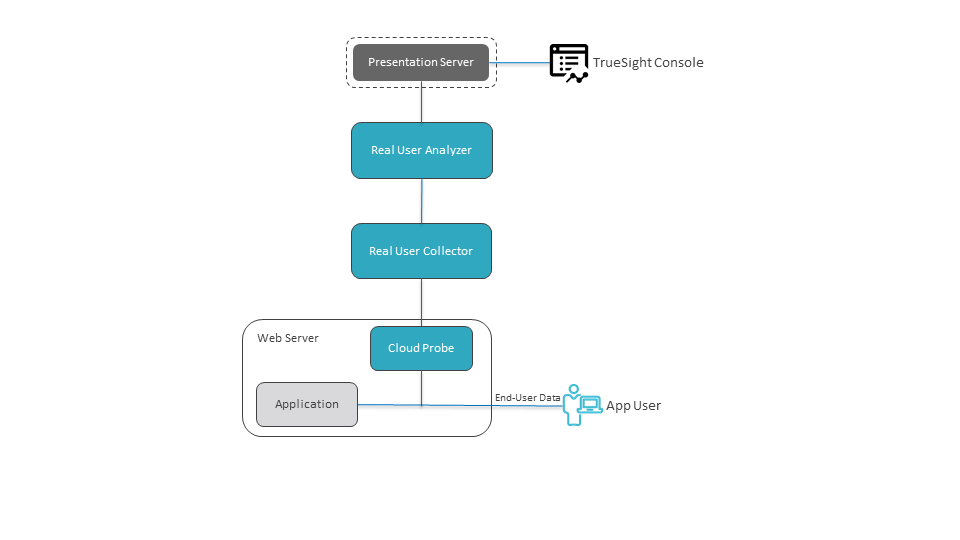 For information on preparing the network interface card (NIC) for traffic capture, see Setting up the monitored NIC for the Cloud Probe in a Linux system.