The App Visibility proxy, used to monitor the end-user experience, uses a cluster of storage engines for high availability and data redundancy.

The App Visibility portal and collector components automatically manage the synchronization between the active and standby nodes, and they automatically detect a failover situation. When your third-party load balancer sends data to the component, only the active node receives the data and synchronizes the content with the standby node.

When a component becomes inaccessible, HA minimizes downtime for the following processes:

An App Visibility portal and collector HA deployment comprises the following systems, each on a separate computer: 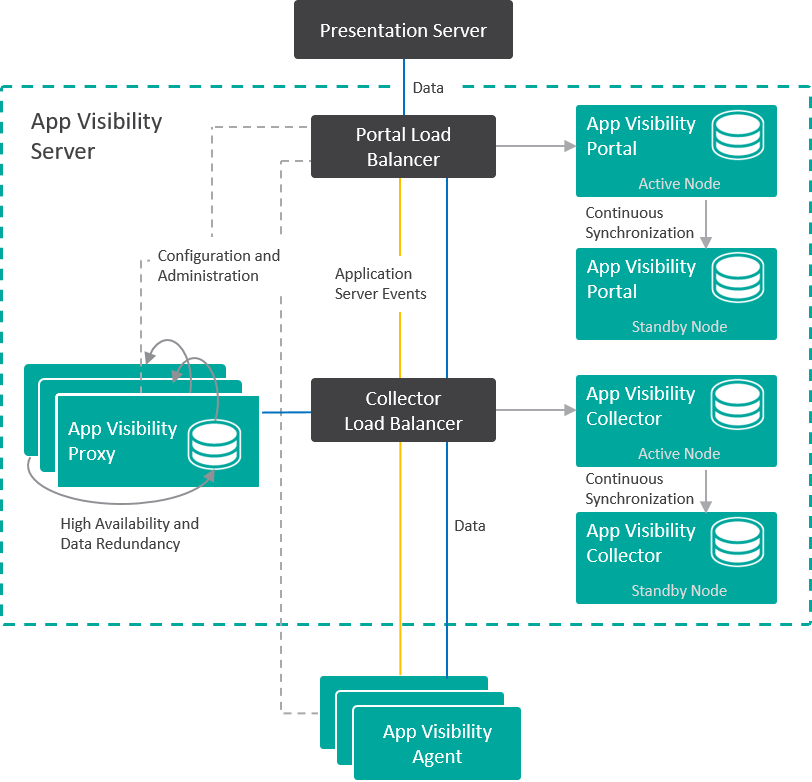 HA deployment for the App Visibility portal and collector

The first server that joins the failover cluster is the active node, and its pair becomes the standby node. 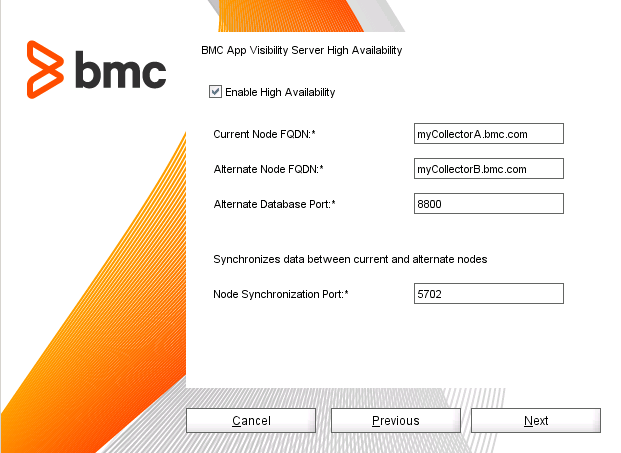 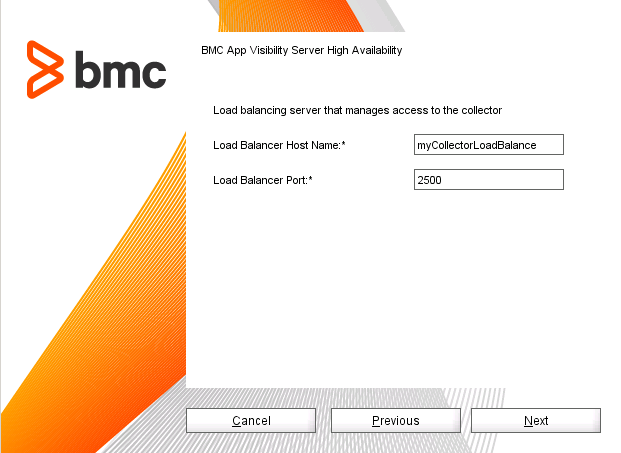 Before the App Visibility proxy installation process begins, the installation utility conducts several connectivity checks to verify that the storage engine nodes can communicate and form a redundancy cluster.

Switching from the active node to the standby node

The following situations cause failover for an App Visibility server component:

The failover processes might take a few minutes until data collection normalizes again. A few minutes of data might be inaccurate or incomplete.