The pw log commands allow you to list and control the data collected by monitors and the history of pw commands. 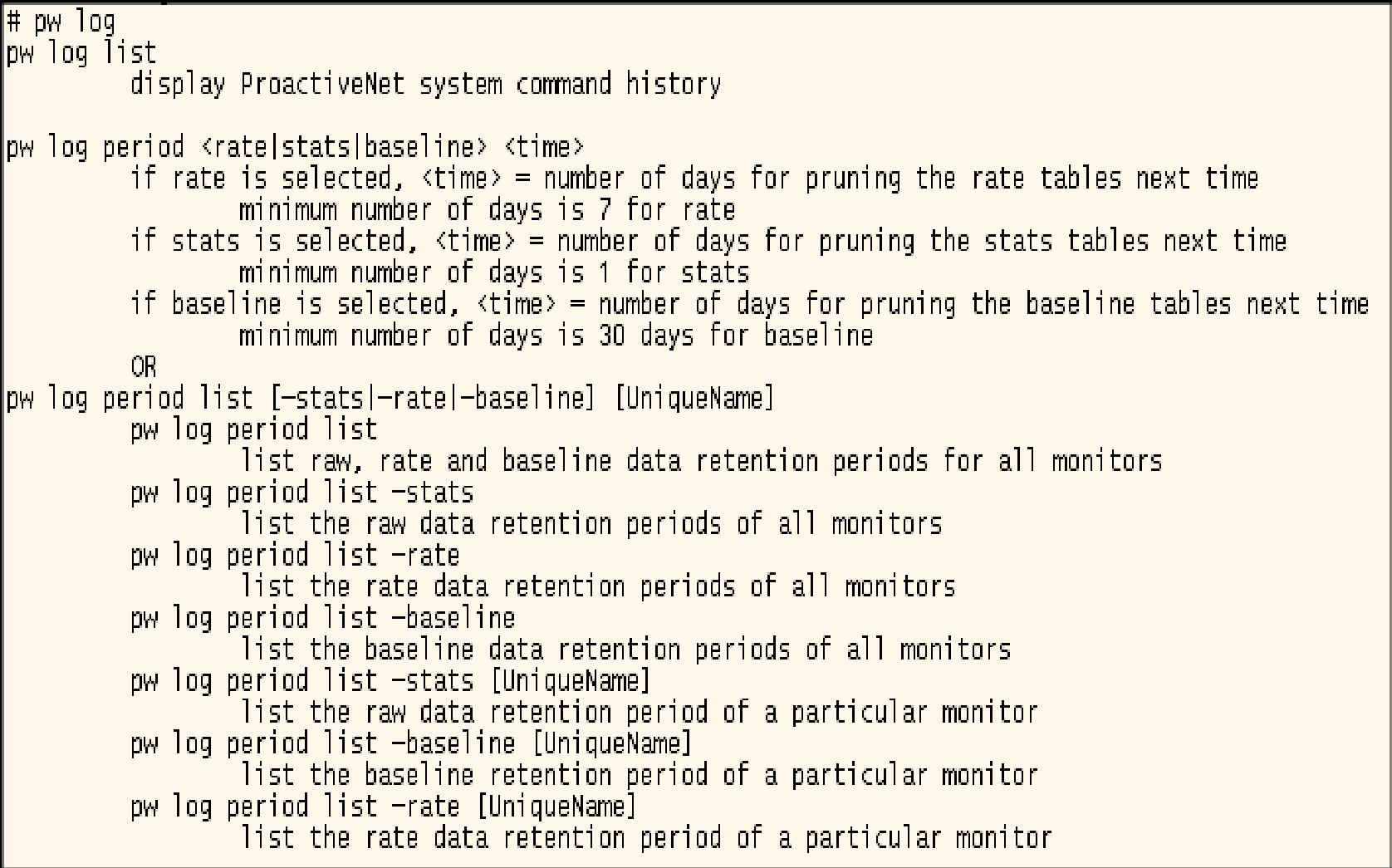 The pw log list command lists the system command history. The syntax for this command is as follows:

The pw log period command enables you to choose the number of days that data collected by active monitors in your system is retained. The default is 90 days for baseline and rate data, and 3 days for stats data.

This command can be used to reduce disk usage if you are collecting data for a large number of interfaces and applications. It can also be used to increase the retention period for either data type.

Increasing the retention period for stats data can dramatically increase the size of the database and cause significant performance impact on user operations. Contact Customer Services if you are considering changing retention periods or if you want to find out the current settings.

The syntax for this command is as follows:

time is the number of days that data collected for the specified data type will be retained. For example, if you wanted to retain baseline data for 120 days, you would run:

The pw log period list command displays all the raw and rate data retention periods for all monitors. The syntax for this command is as follows:

UniqueName is the name of a particular monitor.

This command can be used in the following ways: