Failover occurs when the primary server becomes unavailable or when any of the critical server processes become unavailable. If a critical process is unavailable, recovery action (restart or shutdown) is performed.

The failover and failback time is the time taken by the server to become fully responsive and for the Infrastructure Management component status to be displayed as connected in the TrueSight console. 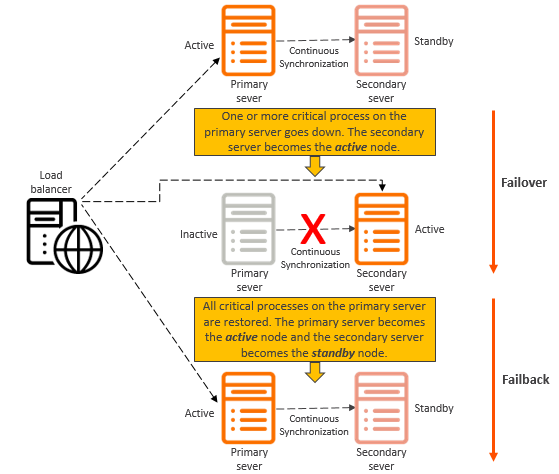 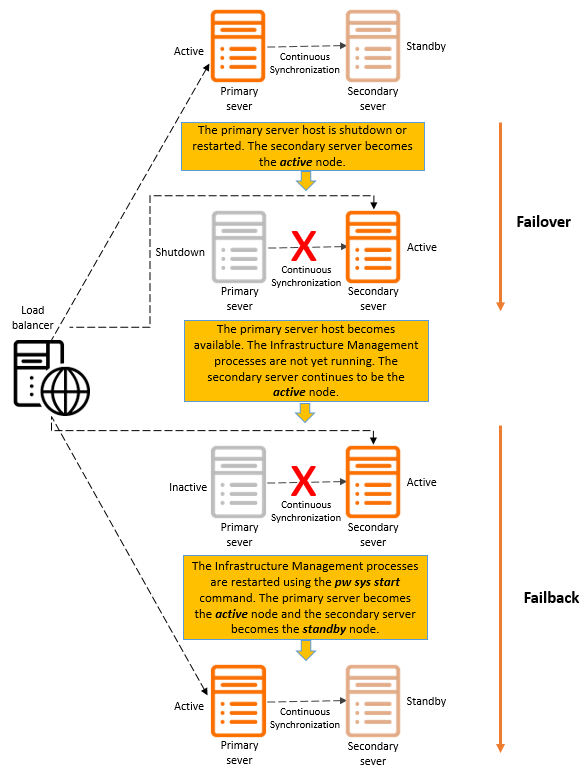