This section presents some more advanced service modeling topics that you can use to refine your service models further.

You may have services where their availability is only high priority part of the time, such as during business hours. At other times, they may be expected to be available, but an outage does not require an action as urgently as another service that does not have reduced priority. To handle this, you can set up service schedules.

A service schedule specifies the time frames during which the service has high priority. Any period of time not in the schedule is considered “out of schedule” and may have a lower priority set.

Network infrastructure can be modeled in several ways for impact, depending on the monitoring and events you have in the network.

If you only have general network related events or monitoring, or you only need a simple representation of the network in the model, you can represent the network as a single connectivity collection CI as shown in the figure below: 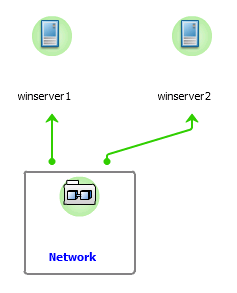 If you have monitoring and events for specific individual network devices and you want a more detailed representation of the network in your service models, you can add the network as distinct CIs representing components of the network (such as subnets, switches, routers, and so on) based on the network topology as shown in the figure below: 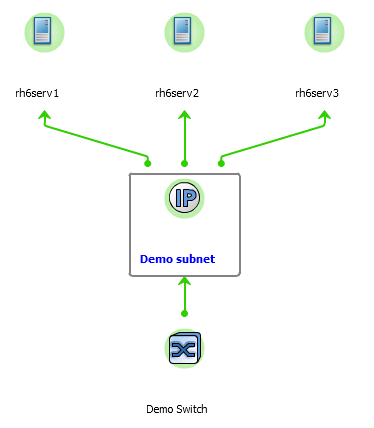 Configuring how impact is computed or propagated in the model

When you have CIs that may be impacted by several provider CIs, you may want to adjust the way in which the impact status is computed. You can do this by using the computation model of the CI.

The table below lists the available computation models:

In rare cases, you may want to adjust the status that is propagated from a provider CI to its consumer CIs. You can do this by setting the propagation model on the impact relationship between the CIs.

The table below lists the available propagation models: