This documentation supports the 20.02 version of Remedy Smart Reporting.

This section contains information about enhancements in the version 20.02 of Remedy Smart Reporting.

The following sections provide information about the enhancements in the 20.02 release. 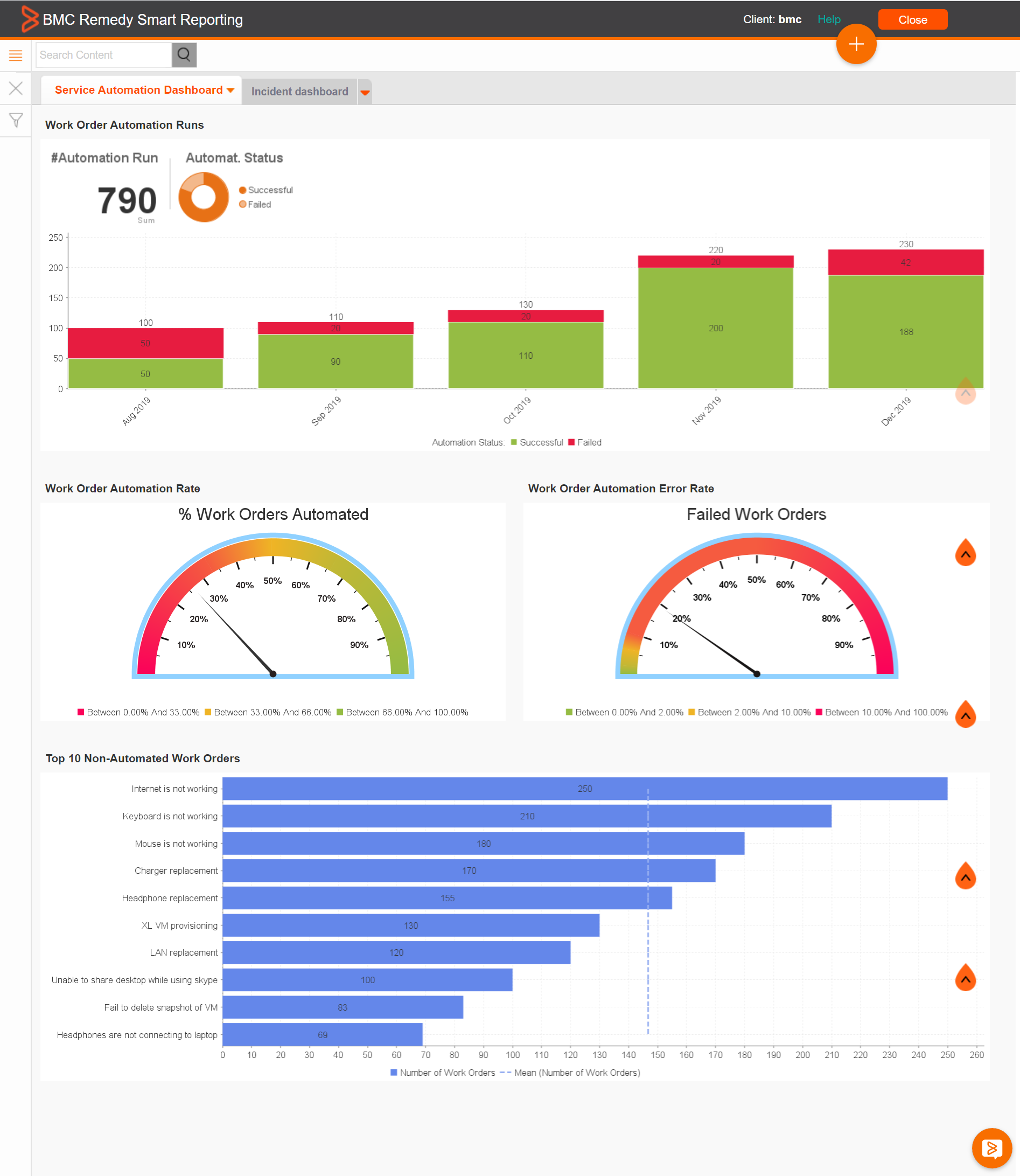 As a process owner, you can use the out-of-the-box Service Automation Dashboard and reports to analyze and track the service management related automation initiatives in an organization. The reports in this dashboard highlight some of the key service automation parameters such as the total number of automated work orders, success rate of automation, and so on.

Ability to change the default custom role of new users

(Version 19.11 and later) Ability to restrict the number of rows retrieved from the database

To improve performance, an administrator can restrict the number of rows that can be retrieved from the Remedy AR System database. For this, a new CCS parameter named Jdbc-Row-Limit is added in Remedy AR System. The Jdbc-Row-Limit parameter ensures that there is no adverse impact on IT Service Management solution because of any inadvertent changes to the rowLimit parameter in Remedy Smart Reporting. For more information, see To configure the data connection limit on Remedy Smart Reporting.

Starting with version 19.11, to make it easier to find information about how to use Remedy Smart Reporting, we have separated the documentation from the Remedy IT Service Management space and improved the organization of the content.

For earlier versions of Remedy Smart Reporting documentation, go to the following links: 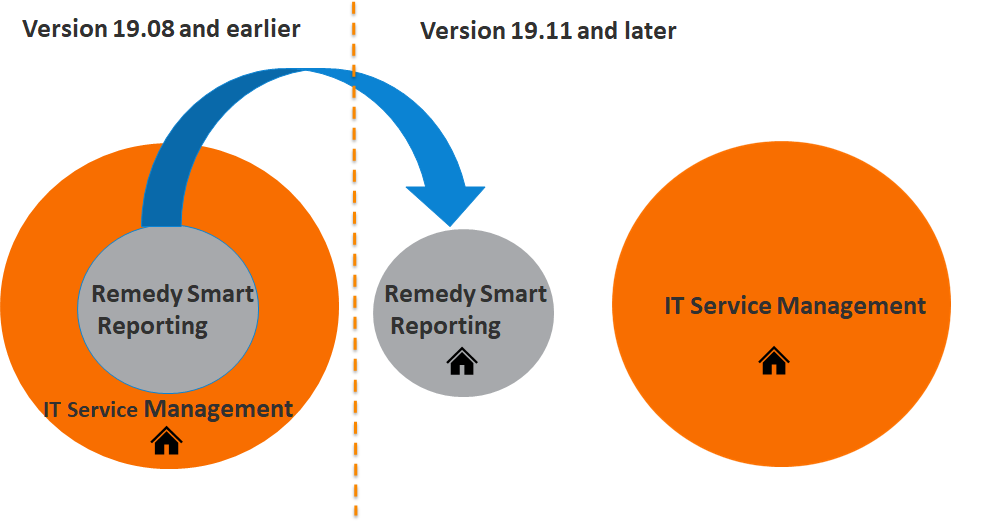 There are changes to the out-of-the-box objects. For a complete list of modified objects, see  List of objects modified in 20.02   in the Remedy Deployment online documentation.