This documentation supports the 19.08 version of Remedy with Smart IT.

Remedy with Smart IT provides capabilities for planning, building, testing, and deploying controlled releases into your IT environment. This section provides an overview of the release management process in Smart IT. 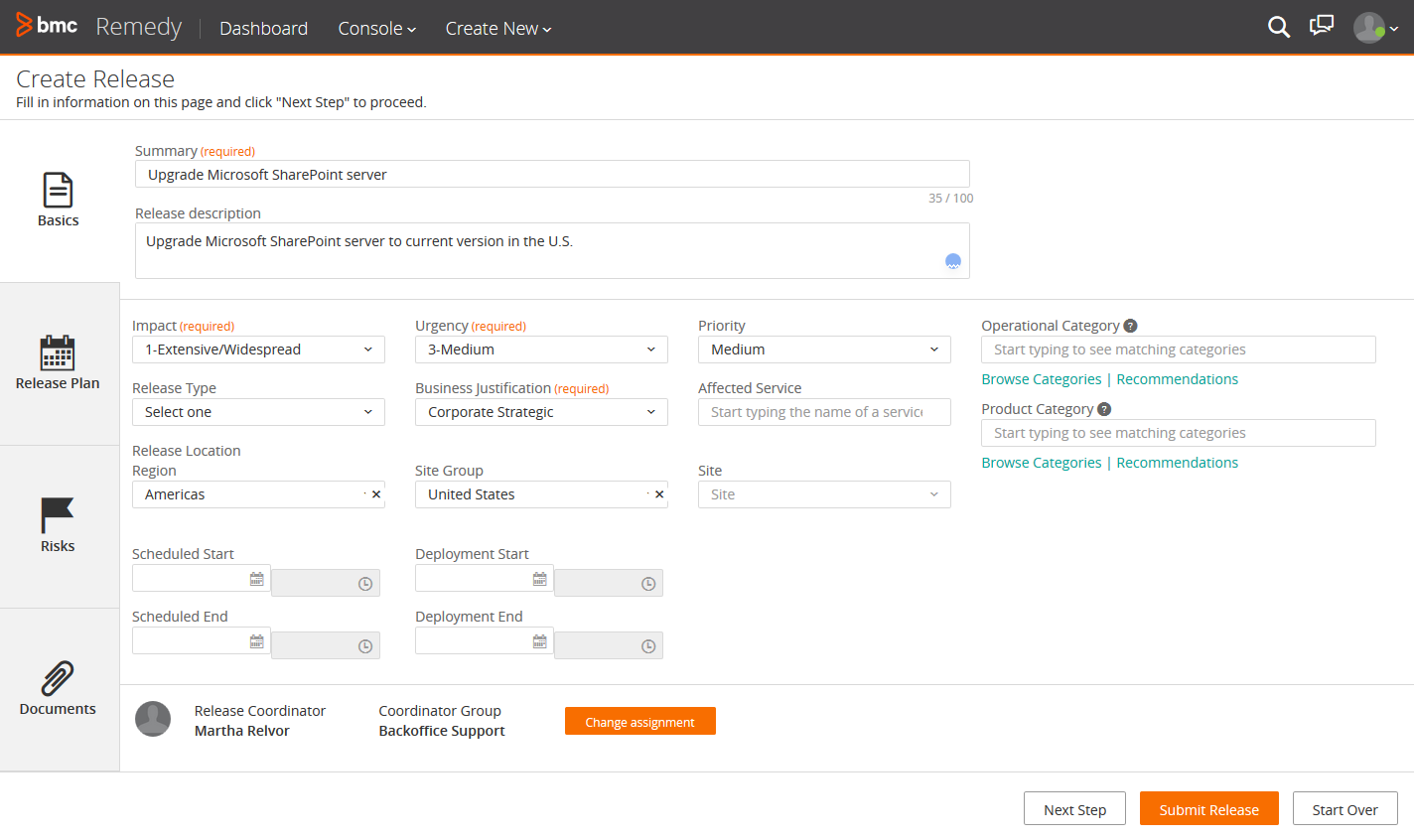 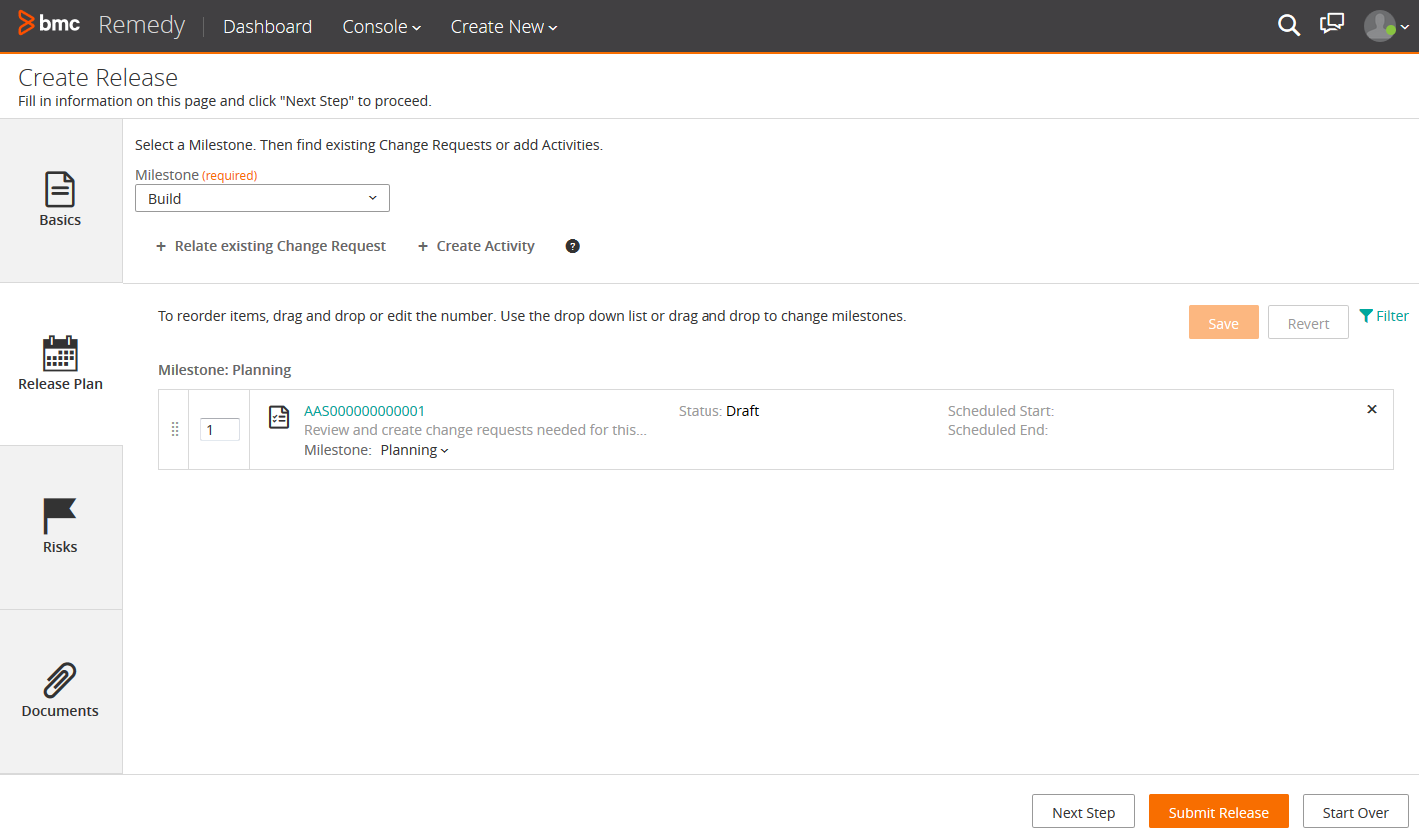 The company has decided to track this upgrade as a release. In BMC Remedy IT Service Management, they have set the following milestones and statuses for the release lifecycle.

Was this page helpful? Yes No Submitting... Thank you
Last modified by Dhanya Menon on Mar 03, 2020
release_lifecycle_scenario release_planning