This documentation supports the 20.02 version of Remedy Single Sign-On.

The following roles are supported by OAuth 2.0:

The following diagram depicts the authorization flow for OAuth framework: 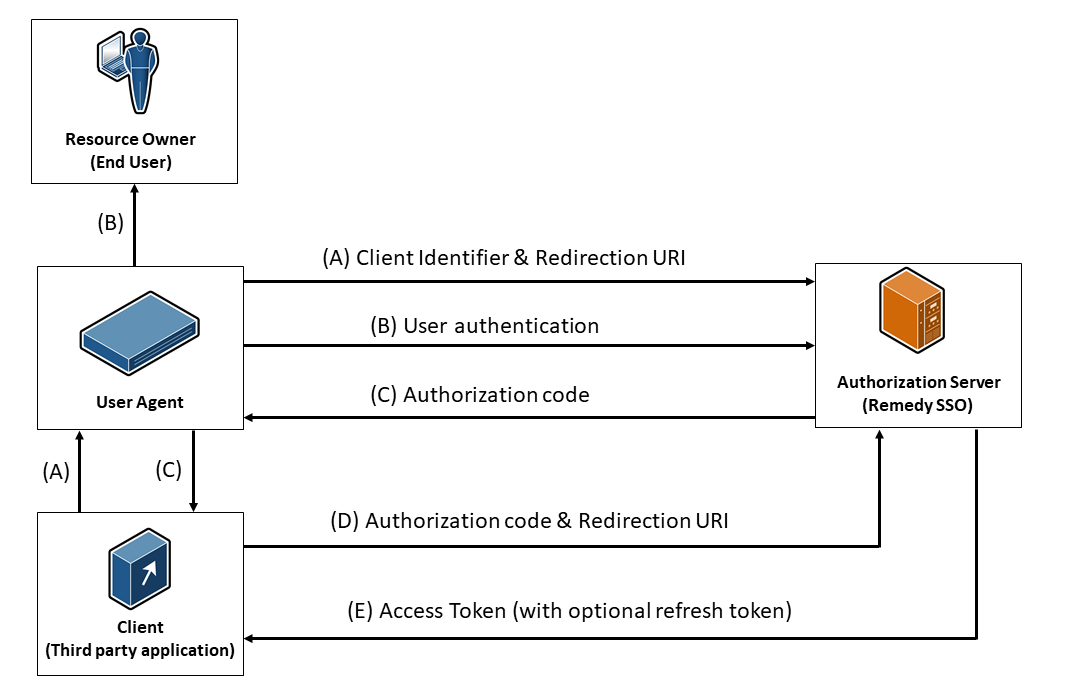 (A) The client initiates a flow by directing the resource owner's user-agent to the authorization endpoint. The client's request includes its client identifier, requested scope, local state, and a redirection URI to which the authorization server sends the user-agent back after the access is granted or denied.

OpenID Connect  is a simple identity layer on top of the OAuth 2.0 protocol. OpenID Connect provides the OpenID scope, which can be used with an Authorization code grant type flow. When an OAuth client uses OpenID scope, the Consent page (where an end user allows an OAuth client application to act on behalf of the user) is not displayed to end users.

The following table describes what tokens are returned in the resulting /token call when OpenID scope is used by native and non-native clients:

Was this page helpful? Yes No Submitting... Thank you
Last modified by Olha Horbachuk on May 01, 2020
key_concepts