The following diagram displays a typical deployment of Network Automation Reporting. The dataflow is explained besides the entities in the diagram. 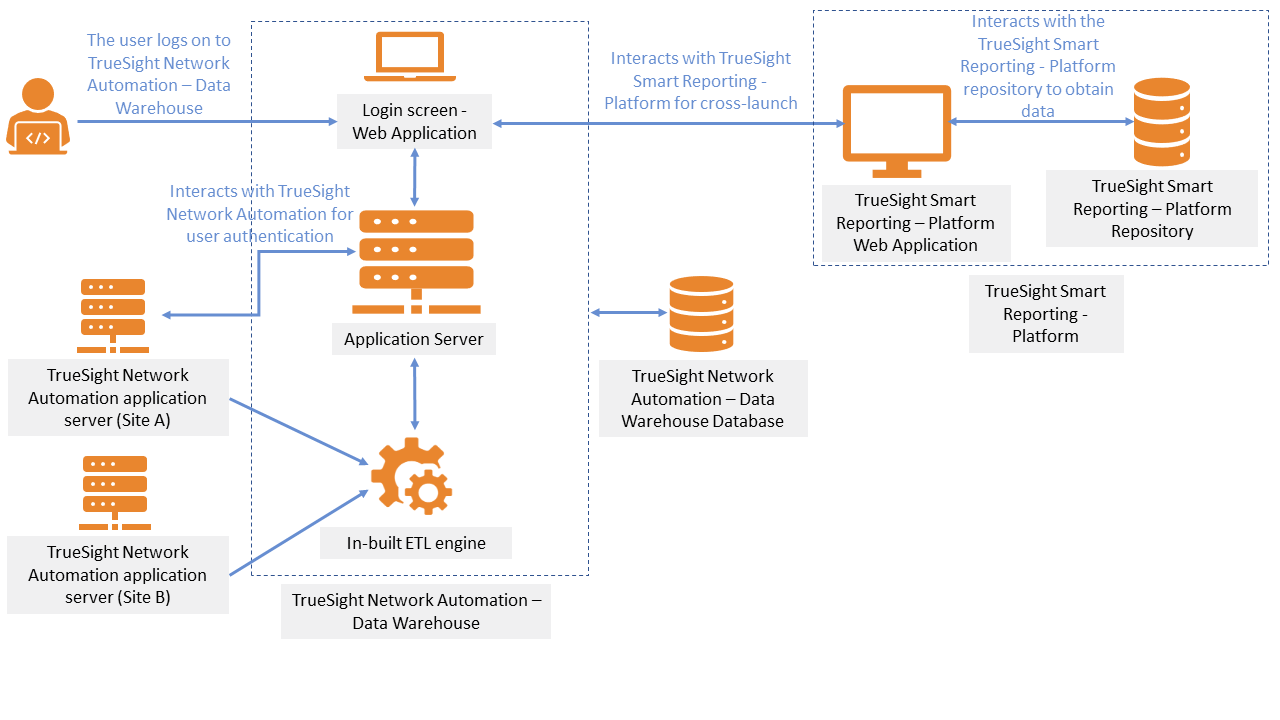 A typical deployment of Network Automation Reporting consists of the following components:

Was this page helpful? Yes No Submitting... Thank you
Last modified by Sulekha Gulati on Nov 30, 2020