This documentation supports the 19.11 version of BMC Knowledge Management, which is available only to BMC Helix subscribers (SaaS).
To view an earlier version, select the version from the Product version menu.

When you create a new article, the system does not assign any visibility group. By default, when you save an article with no visibility groups assigned, the article is accessible to the following users:

To view an article, a user must belong to a support group that is mapped to a visibility group that, in turn, is assigned to the article. The following is a graphical representation of how you can make an article visible to a user: 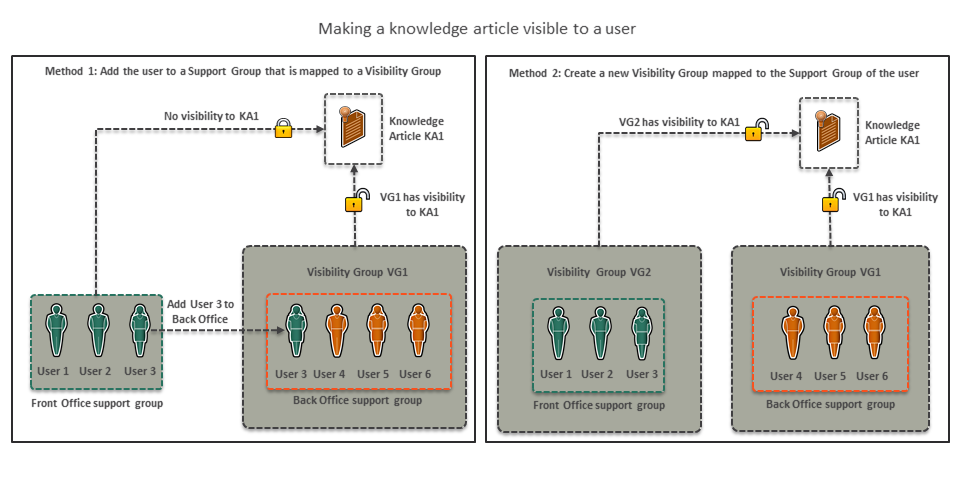 To assign a visibility group to a knowledge article

To remove a visibility group from a knowledge article

Was this page helpful? Yes No Submitting... Thank you
Last modified by Aditya Kirloskar on Nov 18, 2019
visibility_group task pubme