This documentation supports the 19.11 version of BMC Remedy IT Service Management Suite, which is available only to BMC Helix subscribers (SaaS).

This topic provides information about troubleshooting errors related to the promotion process.

The promote step pushes all the staging form records that are valid, either automatically or manually, to their respective target forms within the BMC Remedy ITSM applications, based on the option selected for each promote step within the job. Each promote step represents a data promotion for one staging form. This data must be validated without errors before it can be promoted in the validation step. If you selected the Create Only mode for the validate step, the related promote step creates new records only in the target forms. If you do not select the Create Only mode, the new records are created in the target forms and the existing records are updated.

Review the following topics related to the promote step:

Checking for errors in the promotion step

Check for promotion step errors in the following locations:

The promote step stays in the In Progress state.

Similar to the validate step, if you set a waiting time on the promote step, you can review and fix the data issues. Select the step, and click Enable Wait. After each step is selected, if you get an error on the Promote People Template, correct the errors before going to the next step.

The system captures any Remedy AR System server or plug-in errors that occur when the promote step is created for a job. Such errors are captured and displayed on the Promote step in the steps panel in a job record as a detailed error message.

If any Remedy AR System server or plug-in error occurs when data is being promoted in chunks to the target forms, the system processes the data chunk only up to the point of error. The remaining data in the chunk is not processed. The system then proceeds to promote the data in next chunk. The Promote step is completed with Status as Completed and Job Result as Errors Detected.

The system administrator must first resolve the errors, export the data that was not promoted to a format of Data Management spreadsheets, and create a new job to promote the data. 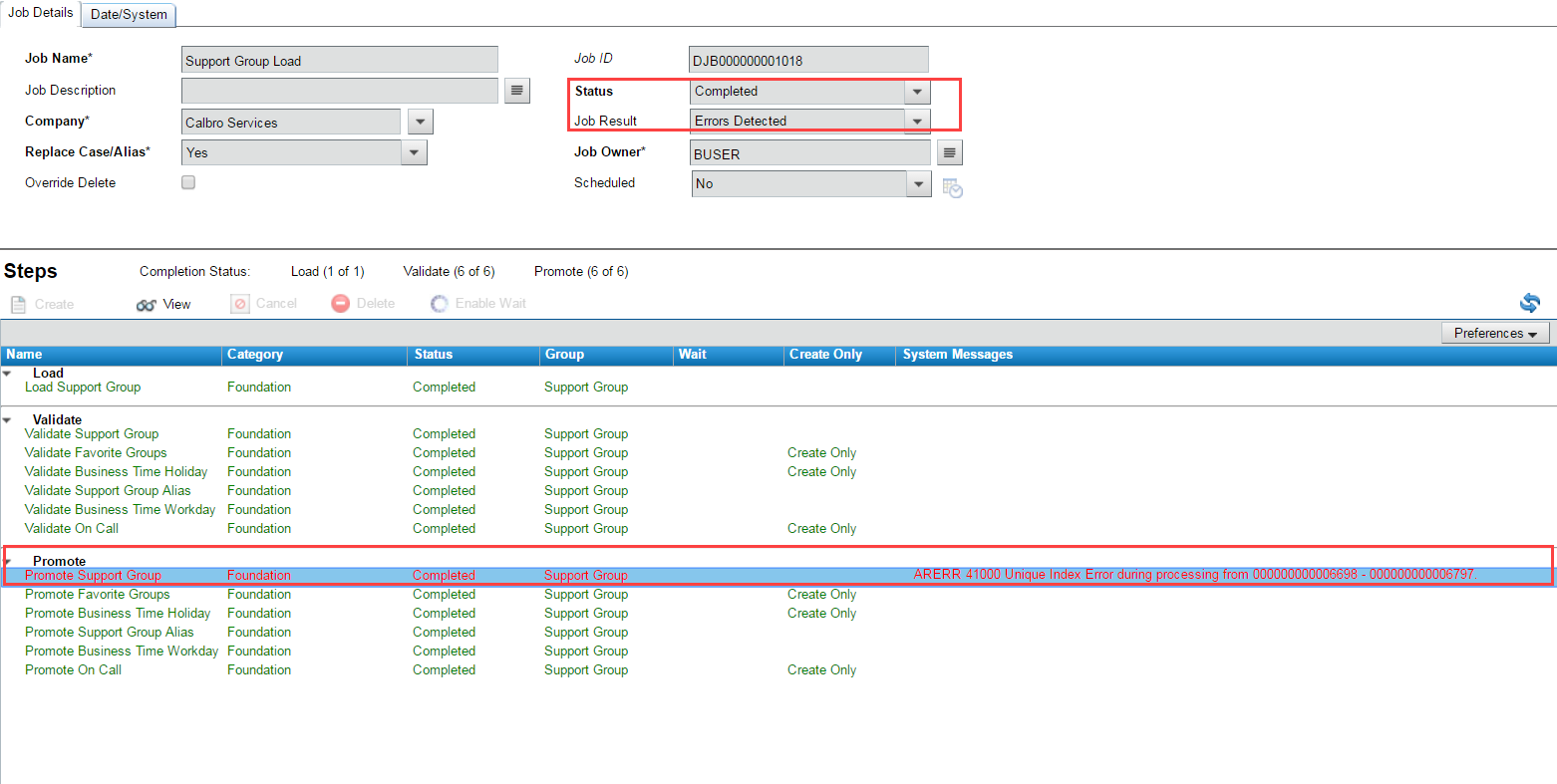 The following table lists the common errors and their workaround.

Was this page helpful? Yes No Submitting... Thank you
Last modified by Surabhee Kulkarni on Nov 21, 2019