This documentation supports the 19.11 version of BMC Remedy IT Service Management Suite, which is available only to BMC Helix subscribers (SaaS).

Troubleshooting DMT and UDM errors in a server group environment

While migrating the data in a server group environment, issues related to load balancing, UDM form configuration, or server authentication may occur. Follow the troubleshooting instructions to diagnose and resolve the issues.

Diagnosing and reporting an issue

Ensure that you perform the following checks while troubleshooting the UDM:Config form configuration:

Example: To configure entries in a Remedy AR server group environment with three servers, BMC recommends that you enable the diserver or Carte plugin for all the three servers as a best practice. If the default server goes down, the secondary server (ranked as 2 in the AR System Server Group Operation Ranking form) runs the jobs, as the plugin is available and is running the jobs that are created when server 1 goes down. The job always runs on the primary server irrespective of where it was triggered from. Additionally, on the Remedy AR System server, the user session is on, since the Is Default field value is set to Yes on the primary server. 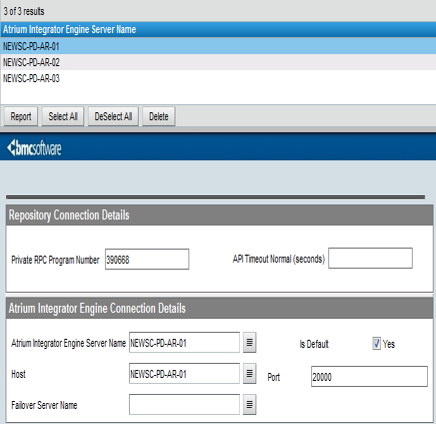 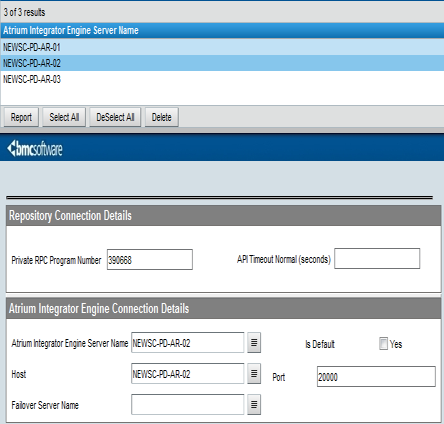 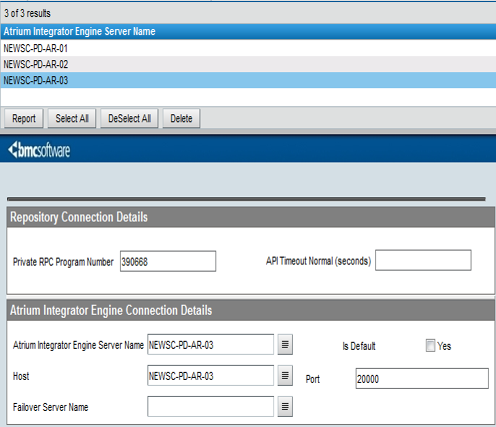 We recommend that you always start the BMC Remedy AR System service after you make changes to the UDM:Config form.

When the primary server goes down, if three UDM jobs are running, you must review these jobs and then manually create a new job with the non-promoted data after which you must run the job on the second server.

This failover procedure is not automatic; you must manually run the jobs on the secondary server, if the primary server goes down.

The UDM:RAppPassword form authenticates the Remedy Application Service password for $SERVER$ from the Mid Tier and then finds the correct server name from the UDM:Config form.

The UDM:RAppPassword form must contain the entries for all the possible server names that can be used to connect to the Remedy AR System server, including the following:

After you make changes to the UDM:RAppPassword form, you do not need to restart the Remedy AR System server.

Configure the UDM:RAppPassword similar to the UDM:Config form. For example:

The UDM:PermissionInfo form is a regular form that contains a list of all the Pentaho transformations, jobs, database connections, slave servers, partition schemas, directory, cluster schemas, and the corresponding user group permissions for the 112 field.

If you have performed a database migration, the following list of forms contains the required data. Ensure that you update the server references in the following forms:

Ensure that you clean the data in the following forms:

Use the following log files to troubleshoot the UDM Load Balance configuration:

Consult the following table for workarounds to common issues that occur while running a DMT or UDM job:

Was this page helpful? Yes No Submitting... Thank you
Last modified by Kanchana Iyer on Nov 12, 2020