A Distributed Storage model is a "multi-node" architecture that contains a set of multiple physical systems where storage capacity and computing power are grouped together to behave as one single storage system (cluster).

Generally, each node in the cluster is rack-mountable enterprise appliance containing memory, CPU, networking, Ethernet or low-latency InfiniBand interconnects, disk controllers and storage media.
In other words, this is equivalent to storing data on multitude of servers, which behave as one storage system although data is distributed between these servers. 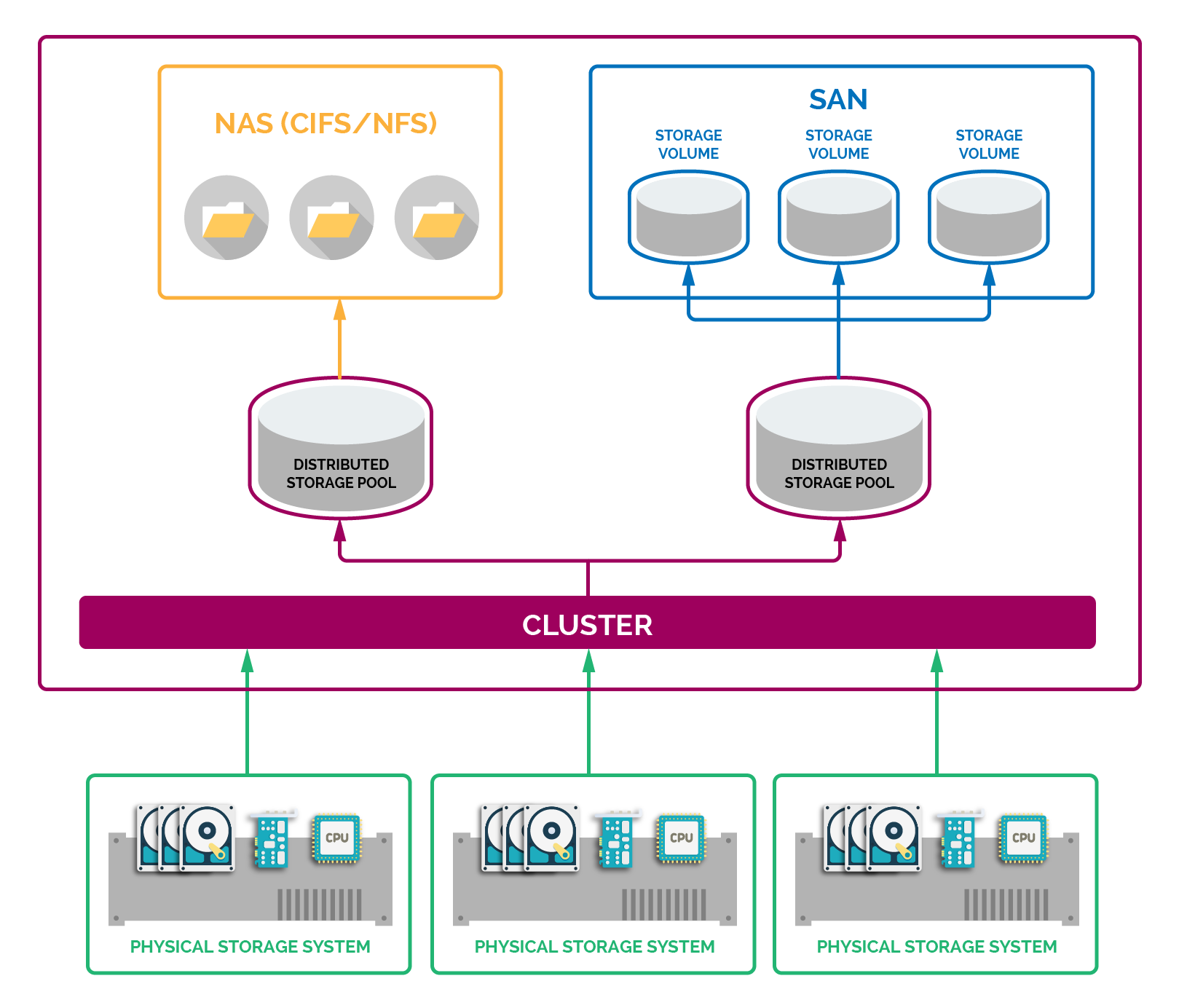 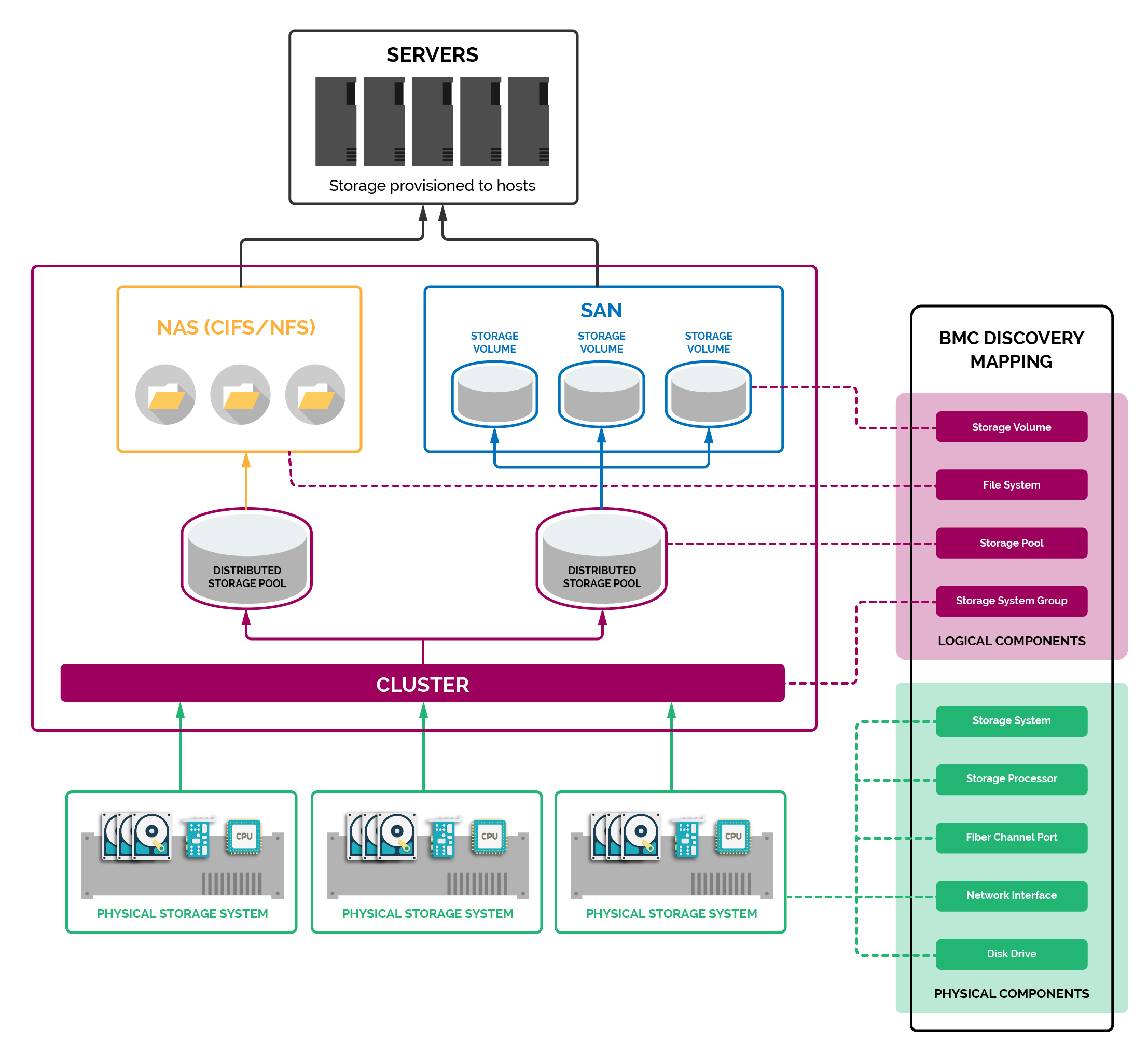 From a BMC Discovery perspective, the Distributed Storage system components are represented as Physical and Logical components.

Mapping of the Logical components to BMC Discovery node

The following patterns are based on the Distributed Storage Model starting with the May 2019 TKU update: