Starting from TKU February 2020 discovery of the physical topology (infrastructure) of the Cisco ACI solution is supported.

Using this info pattern do the following:

Below are some example of the data in Discovery. 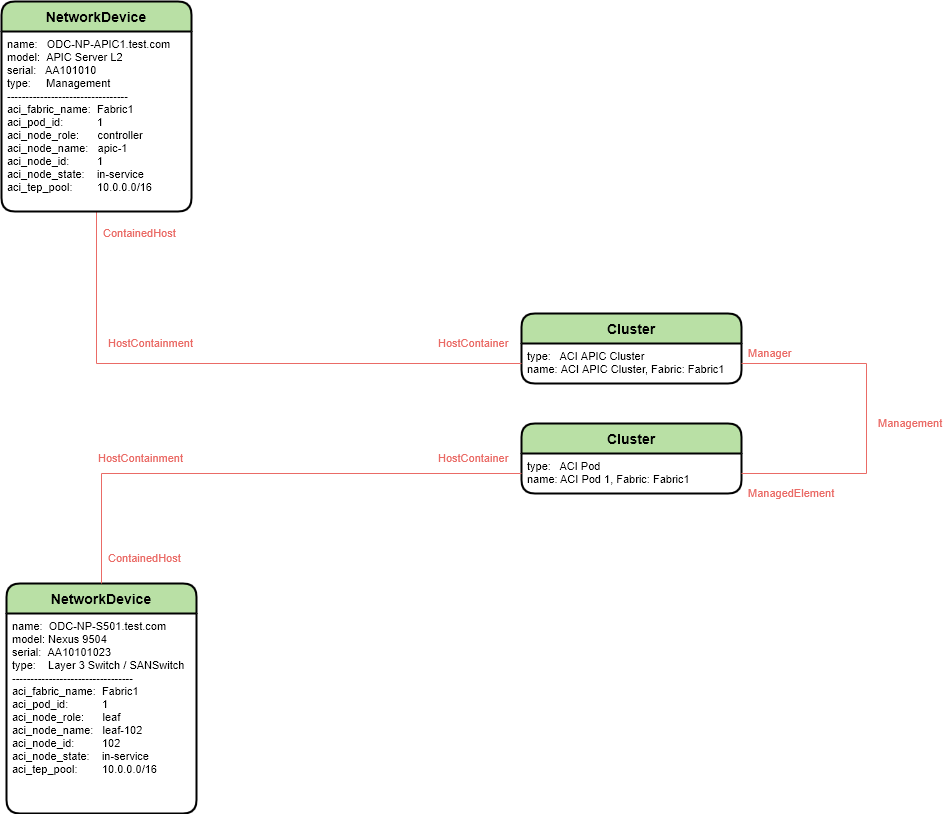 APIC and Pod Clusters are mapped to BMC_Cluster class.

Management relationships between clusters are mapped as BMC_Dependency.

For more information about the CDM mapping please visit this page: https://docs.bmc.com/docs/discovery/113/default-cdm-mapping-788111913.html.

Below is example of the Cisco ACI data in the CMDB.

As it was mentioned before, only infrastructure (topology) part is currently supported.

We encourage our customers to provide us with the requirements for the logical part.

Was this page helpful? Yes No Submitting... Thank you
Last modified by Mykola Bocharov on Feb 04, 2020
network_extended