Named values enable you to provide the identity in human-readable naming conventions that help you differentiate between instances. However, no type conversions can be performed in the named values user interface, so you can only compare values of the same type. When you select a named value to use, only those that can be compared are displayed in the drop-down lists. Having fewer named values displayed than you are aware of may initially appear counter-intuitive, but it prevents comparing unlike types. Similarly, string operations are only permitted on strings.

Where such a restriction is enforced in the user interface, a green question icon is displayed, which links to the following explanations for the corresponding restriction:

You cannot create named values based on date or time attributes.

The following table describes the transformations that you can apply to named values.

The following table shows examples of each of the transformations described in the previous table:

To create a named value

After you have created values with names, you can also manipulate the values so that BMC Atrium Discovery can:

In his questions to George in his PDF, Mike needs to know if there are both a Production and Development instance in the Friends application. Rather than wait for an answer and be blocked from further progress, he knows that there are two database instances (mellon, and mellon_dev), which clues him that the latter is the Development instance, and the former might be the Production instance. 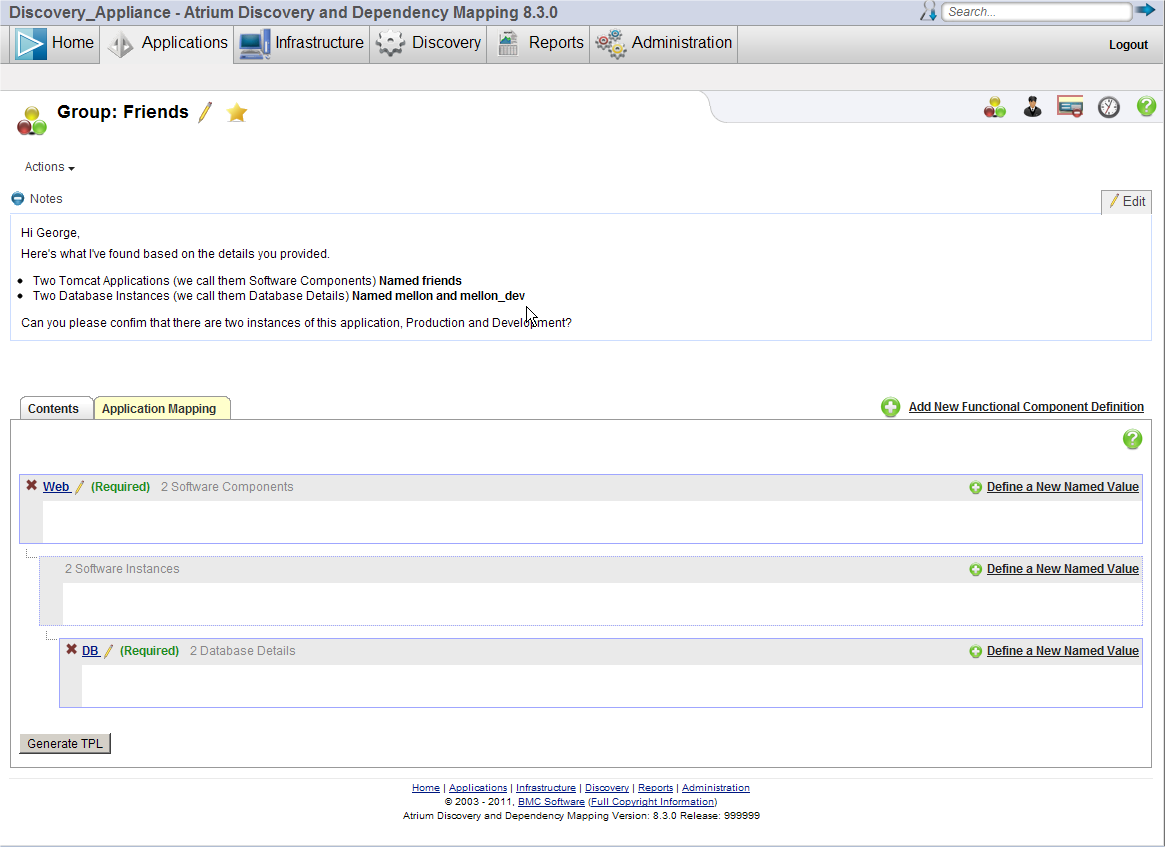 Based on this assumption, Mike begins to define a named value for the database tier in the application to differentiate across the Production and Development instances. He notices that, in the Results section, there are some names assigned to the instances that would require stripping the names to match the Friends application. So, because the database has instances, he decides to check that attribute first. 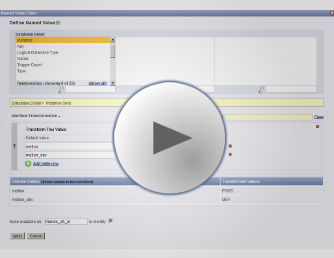 After you defined the rules for your application through named values, the final step in the mapping stage is to generate a pattern from the application definition. This step turns the results into a form that BMC Atrium Discovery can use at during normal discovery when you scan your estate, and so it can build the functional components and BAIs and push them into the CMDB.