When you baseline a data center, one of the first tasks is to subdivide it into small groups of hosts. BMC Atrium Discovery does this for you, for all discovered hosts, automatically at the end of each scan.

Automatic grouping is intended as a baselining tool for use at the scale of 100 to 500 hosts. At larger scale the usefulness and usability of the visualizations is diminished.

There are several ways to being viewing automatic grouping. 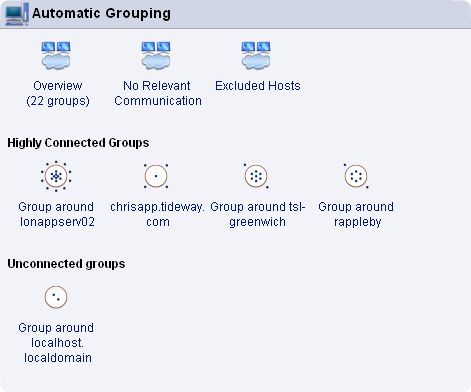 Click on any of the icons to view a visualization. The top row shows:

Interacting with the visualizations

Right clicking on an Automatic Group displays a pop up menu with the usual four menu options listed above and an additional option, Open, which shows a more detailed visualization of the clicked group. This is a "drill-down" option, and shows the hosts that compose the automatic group, how they are communicating, and the other automatic groups they are communicating with. 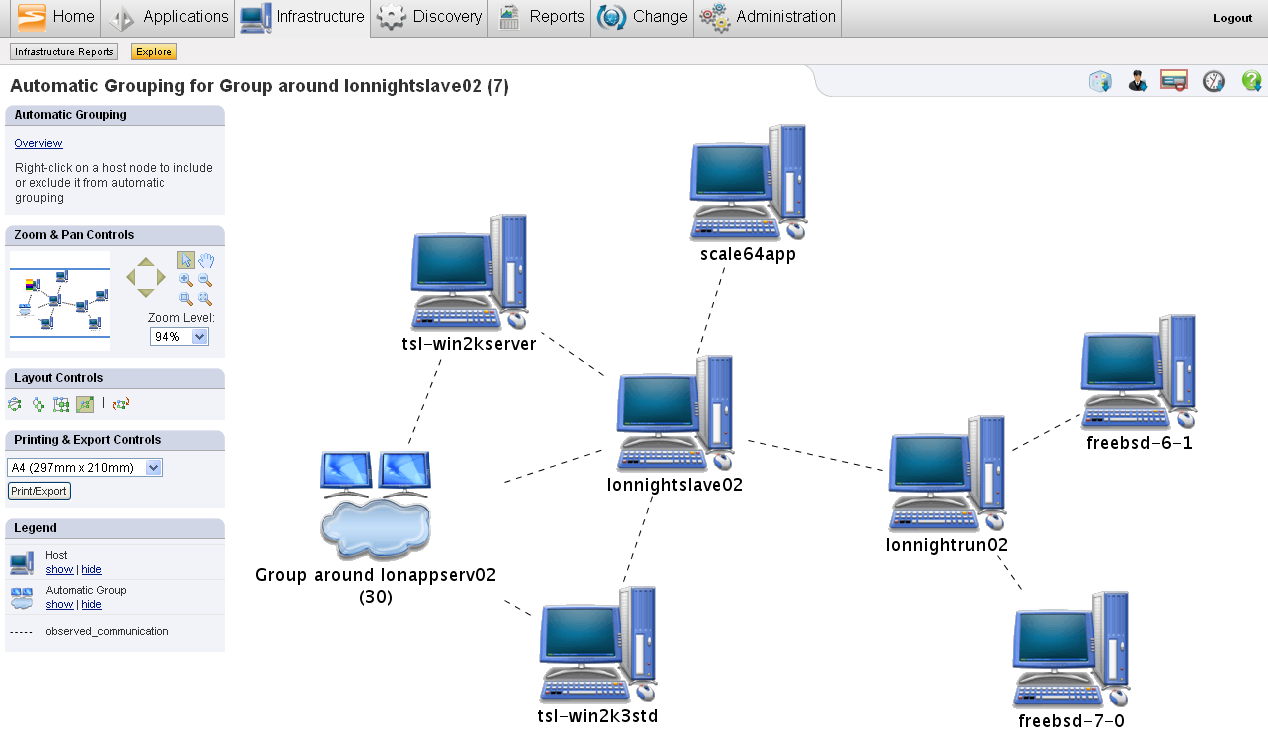 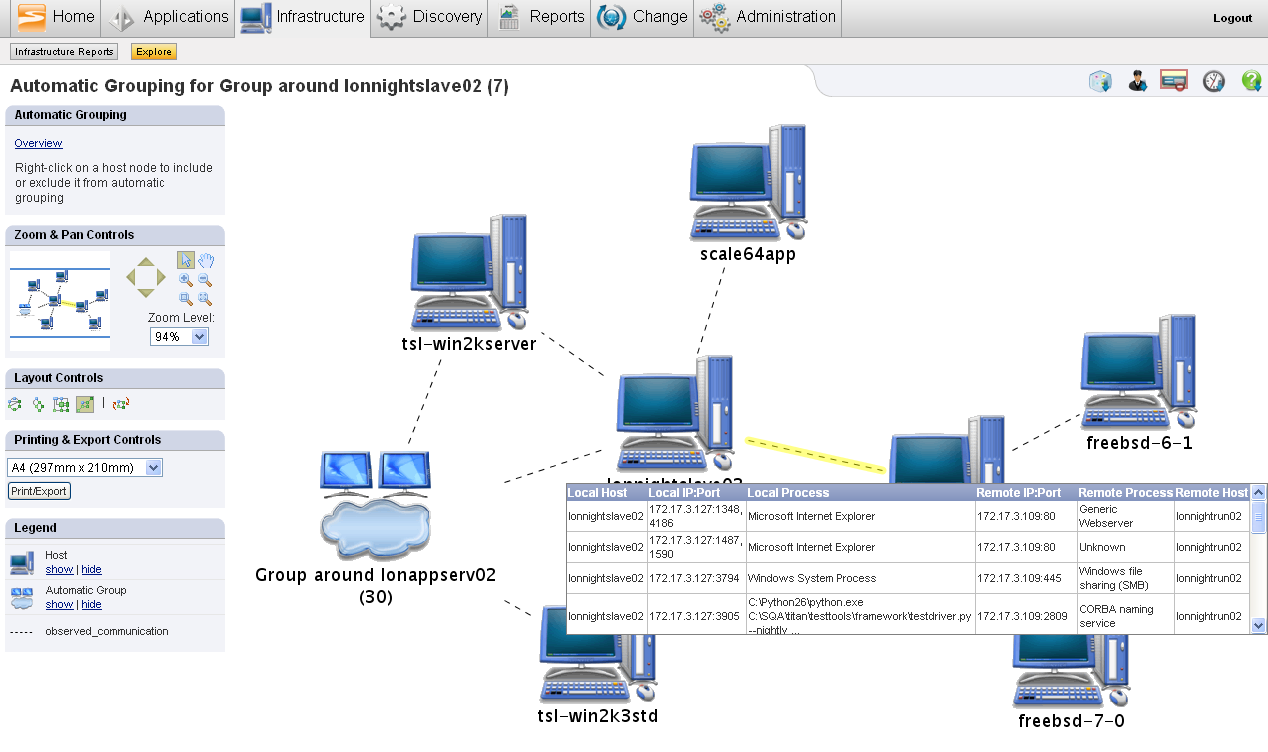 Some hosts in your estate may be "super-connected"; that is, connected to many, perhaps all other hosts in the estate. This may be interesting information, but once noted, it can be useful to remove these hosts from the grouping algorithm in order to focus on the the other hosts. BMC Atrium Discovery lets you do this by marking such hosts as to be excluded from automatic grouping, by using the menu option described previously. 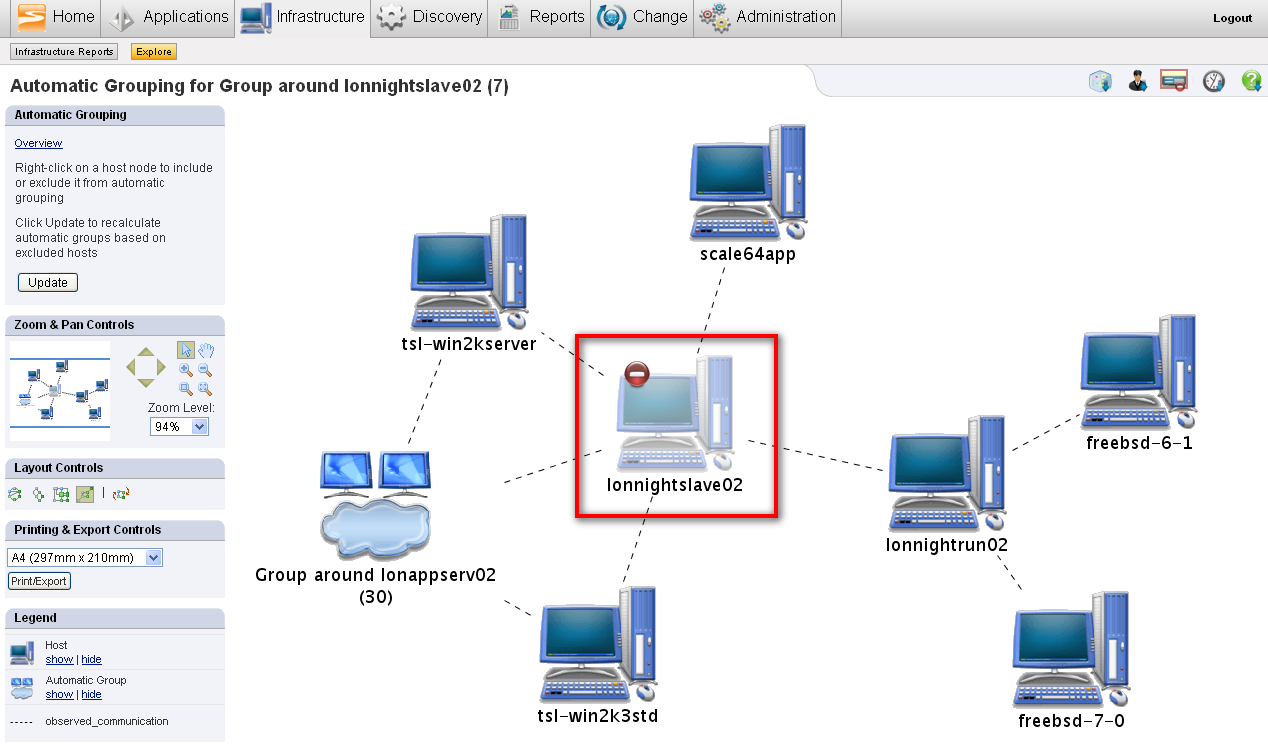 To actually see the results of excluding the host, the grouping algorithm must be re-run. Several hosts can be marked excluded from automatic grouping before re-running the algorithm. To re-run the algorithm, click Update that appears in the Automatic Grouping palette block on the left. Regrouping then occurs and the overview visualization is redisplayed. 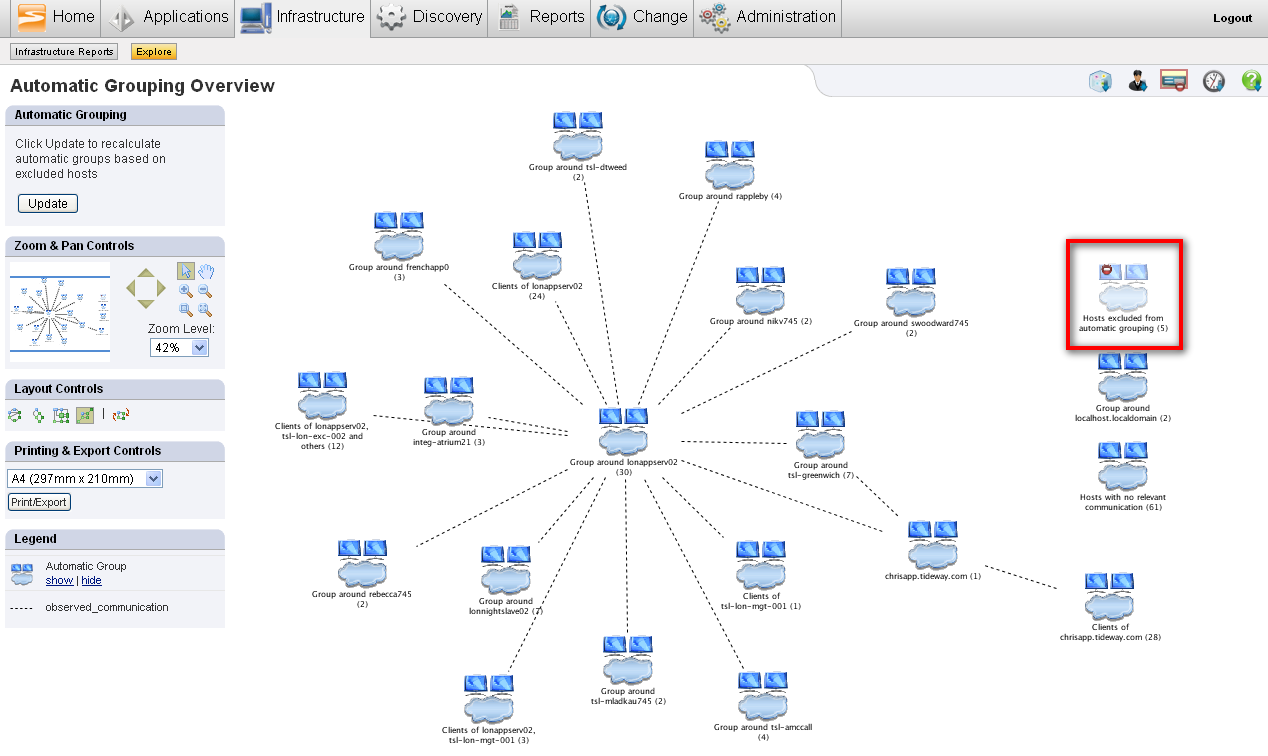 Was this page helpful? Yes No Submitting... Thank you
Last modified by Masoom Parvez on Apr 15, 2014

What is baselining
Manual grouping