This documentation supports the 19.11 version of BMC Digital Workplace Advanced.

To view the latest version, select the version from the Product Version menu.

Before you can use the AWS Marketplace connector to import services, or in workflows, you must configure a connection as described in Configuring service connectors. The following table describes the parameters required to create a connection:

The following table provides an overview of all AWS Marketplace connector actions:

We strongly recommend that you set to required all questions in a questionnaire that is attached to a workflow that uses AWS Marketplace actions.

Example: Workflow for a service that launches an EC2 instance in a new security group in the AWS Cloud

EC2 instances can be launched only when corresponding services are imported to BMC Digital Workplace Catalog from the AWS Cloud.

The Send Aws Instance Creation Email activity can be used only if the Microsoft Office 365 connector is configured.

The described workflow performs the following tasks in the AWS Cloud: 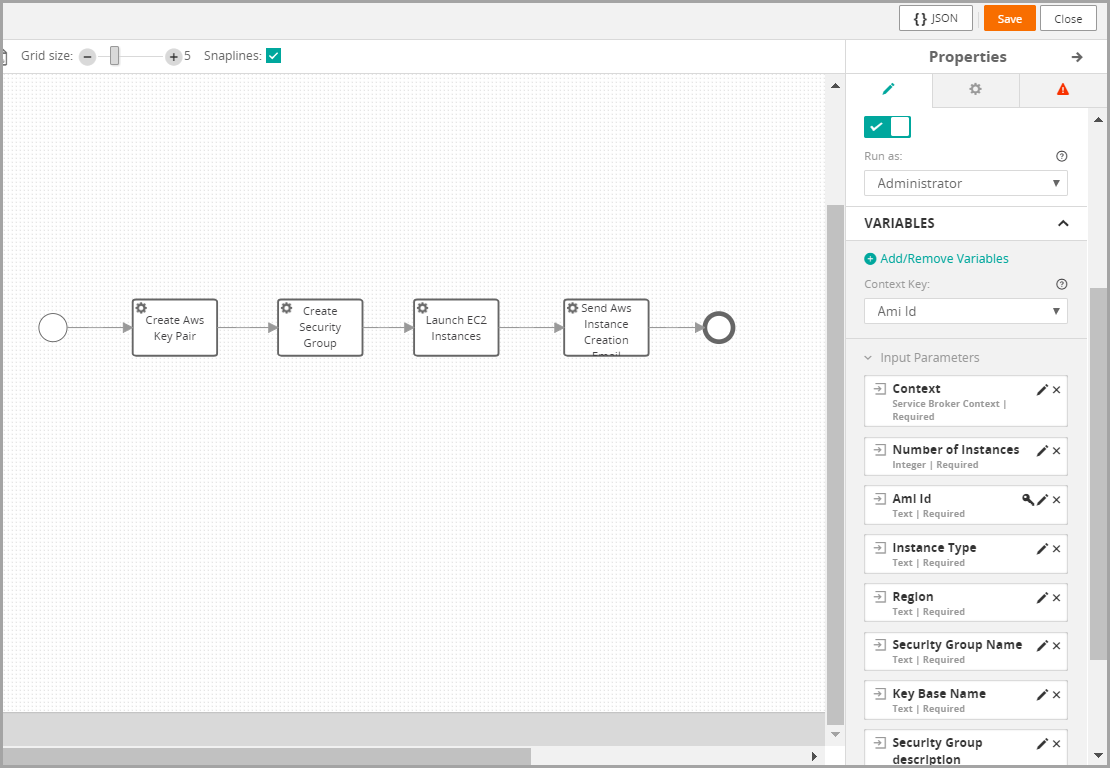 Input and output parameters for actions

Before creating a security group in the AWS Cloud, review  What Is AWS CloudHSM?  in the Amazon documentation.

Before you can use the Launch EC2 activity in your workflows, you must have the following conditions met:

To find out required details of an EC2 instance, review the imported profile of a service. Follow the link in the Offering URL field, and find out the AMI ID and Instance Type.

This section includes helpful screenshots about information referenced in this topic. 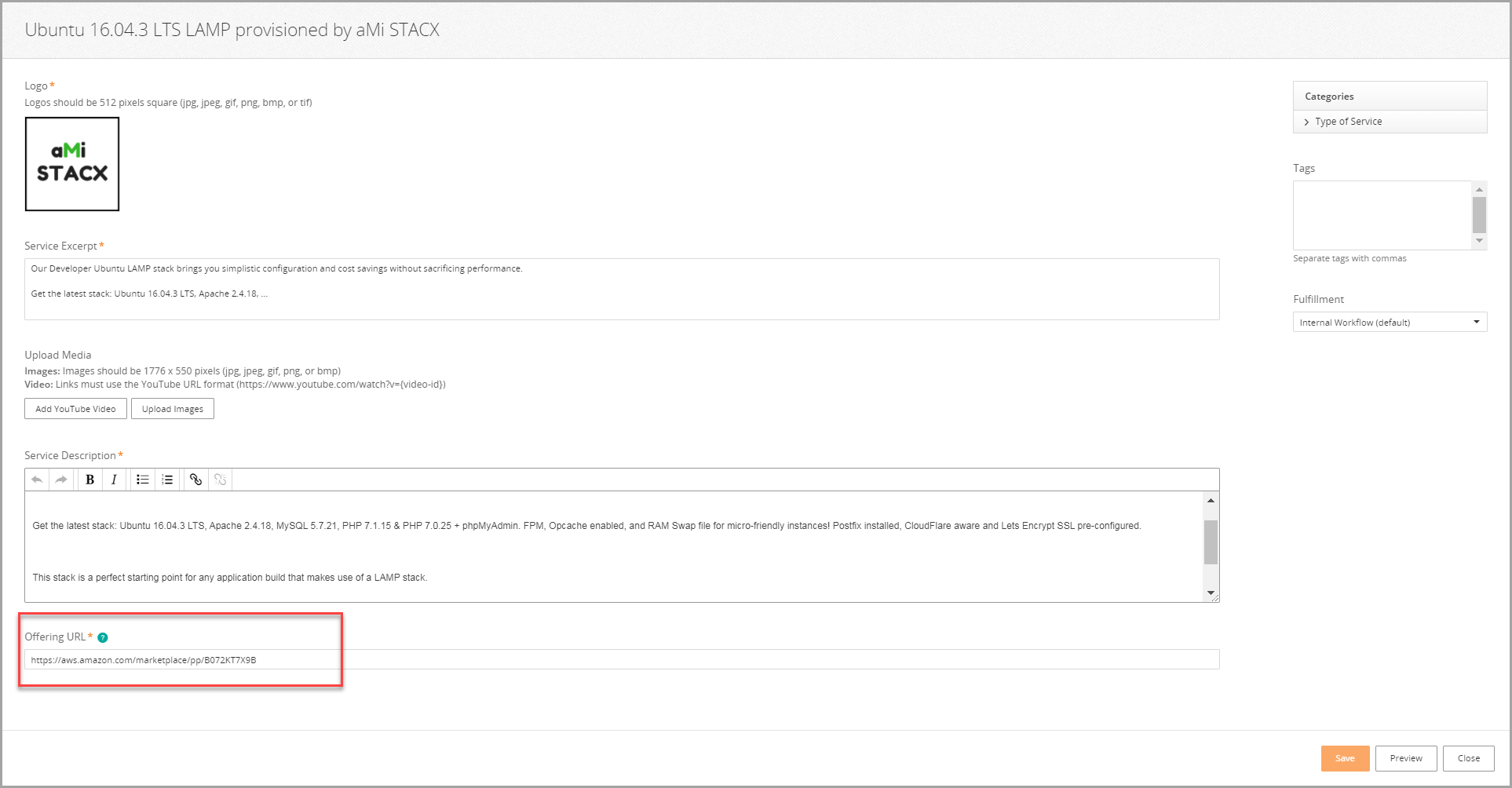 The following screenshot shows a dropdown question builder with a list of Instance Type values: 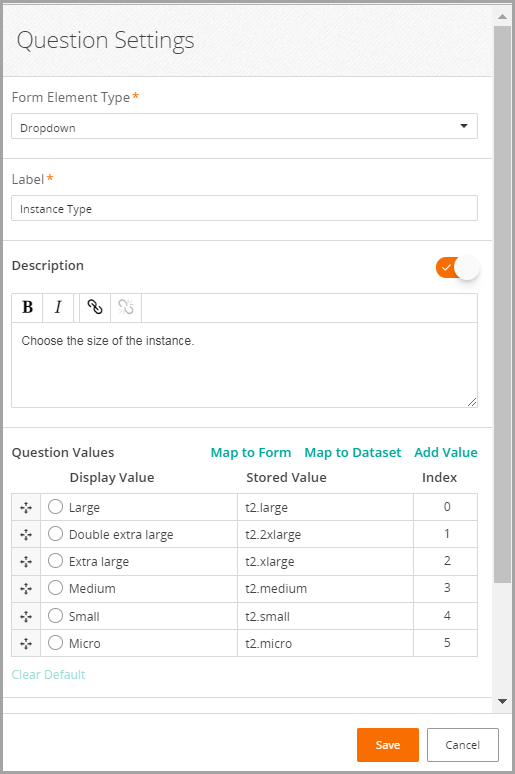 AMI IDs and Regions in the AWS Marketpace 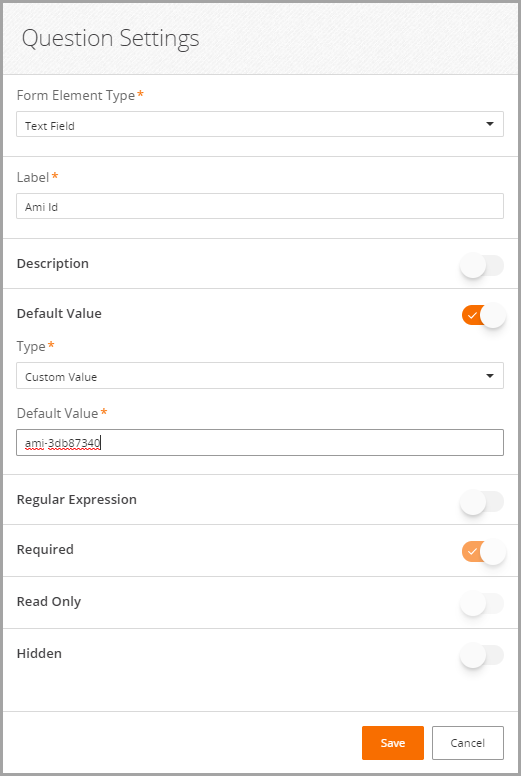 The following screenshot shows a dropdown question builder with a list of Region values: 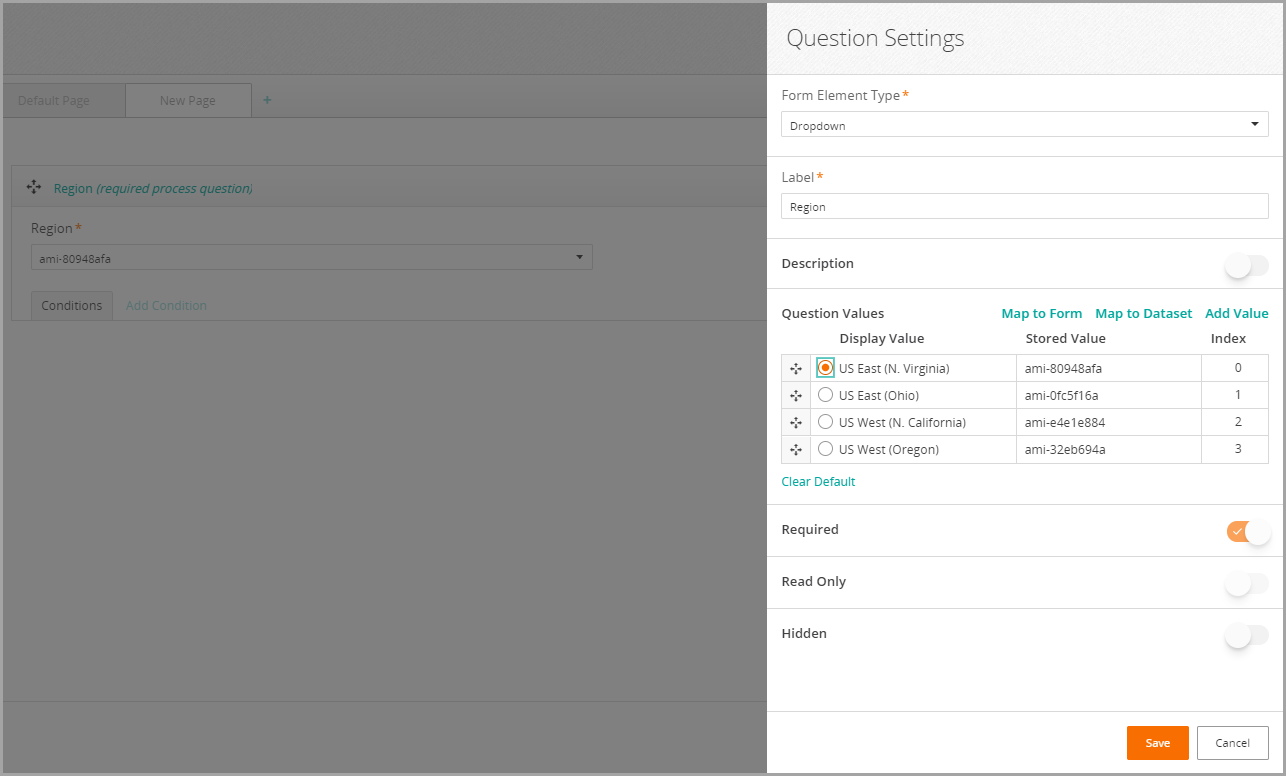 Was this page helpful? Yes No Submitting... Thank you
Last modified by Olha Horbachuk on Oct 07, 2020
reference best_practices service_catalog