This documentation supports the 20.08 version of Remedy Action Request System, which is available only to BMC Helix subscribers (SaaS).
To view an earlier version, select the version from the Product version menu.

You can develop a progressive web application (PWA) in Remedy Developer Studio. PWA is an architecture or technology that is built by using modern web capabilities.

To design the views in Developer studio, add Panels within Panel Holder, and then add fields to the Panels. You can also use nested panels and appropriately place fields within. Panels and Panel Holders create a layout for the mid tier. The following options are available for the Layout Style property: 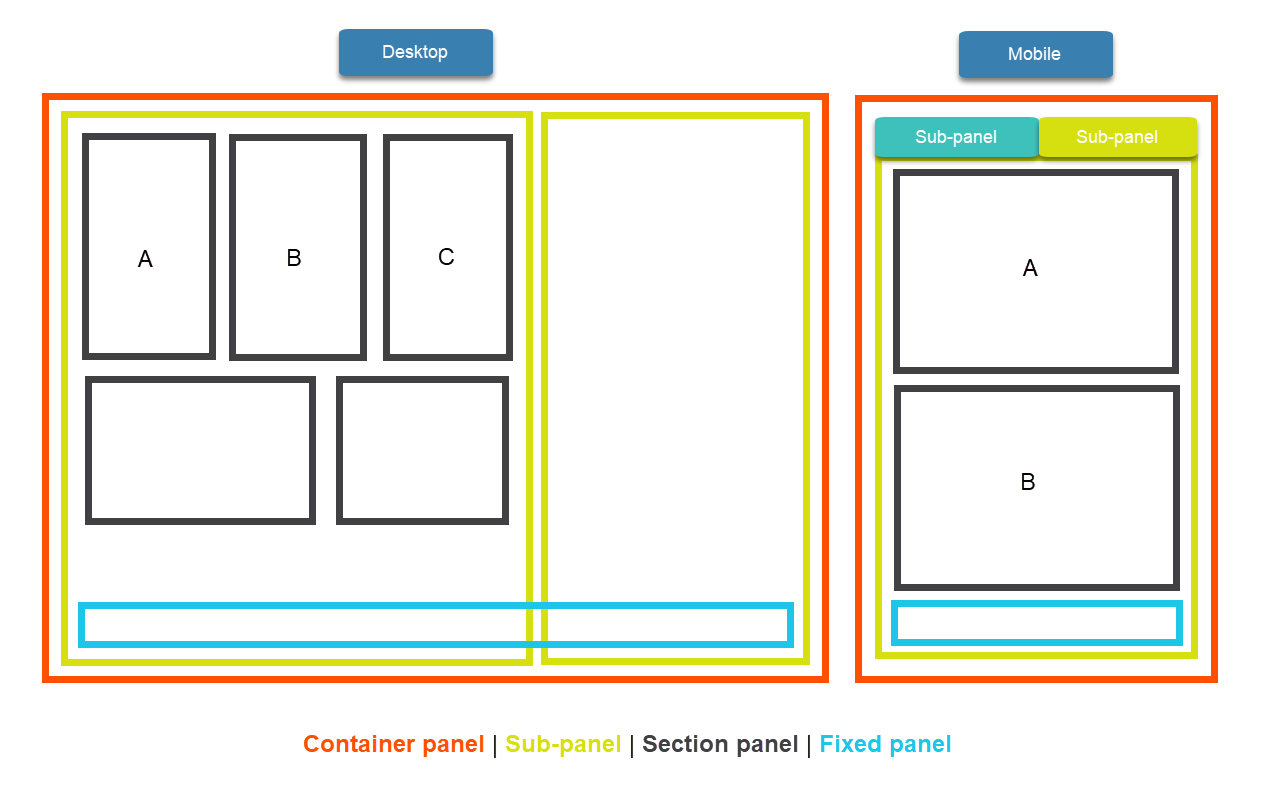 Positioning the elements on the screen

A Remedy developer can implement the preceding twelve-column layout by using developer-friendly properties that are added in Developer Studio. Refer to the following example:

If you want to create a three-column layout, define the custom CSS style as follows:

On a mobile UI, this layout looks as follows:

Read through the following topics to learn more about developing a progressive web application in Remedy Developer Studio.

Was this page helpful? Yes No Submitting... Thank you
Last modified by Onkar Telkikar on Jan 20, 2021
progressive_views designing pwa development