The AR System Server Group Operation Ranking form contains entries that define the failover ranking for servers that handle certain operations in the server group, and the delinquent threshold that helps determine when another server takes over an operation. Data in this form is automatically created when you specify the first server as a member of the server group and restart the server. When the form is created, it is populated with default entries and the first server added to the server group is assigned the primary ranking for all operations. The remaining server group members have null (empty ranking) entries, serving as placeholders. Entries for operations that require a license (for example, DSO) are not pre-populated unless a valid license is detected. You can add these operations at any time.

Remove the default entries for operations that do not run in your environment. 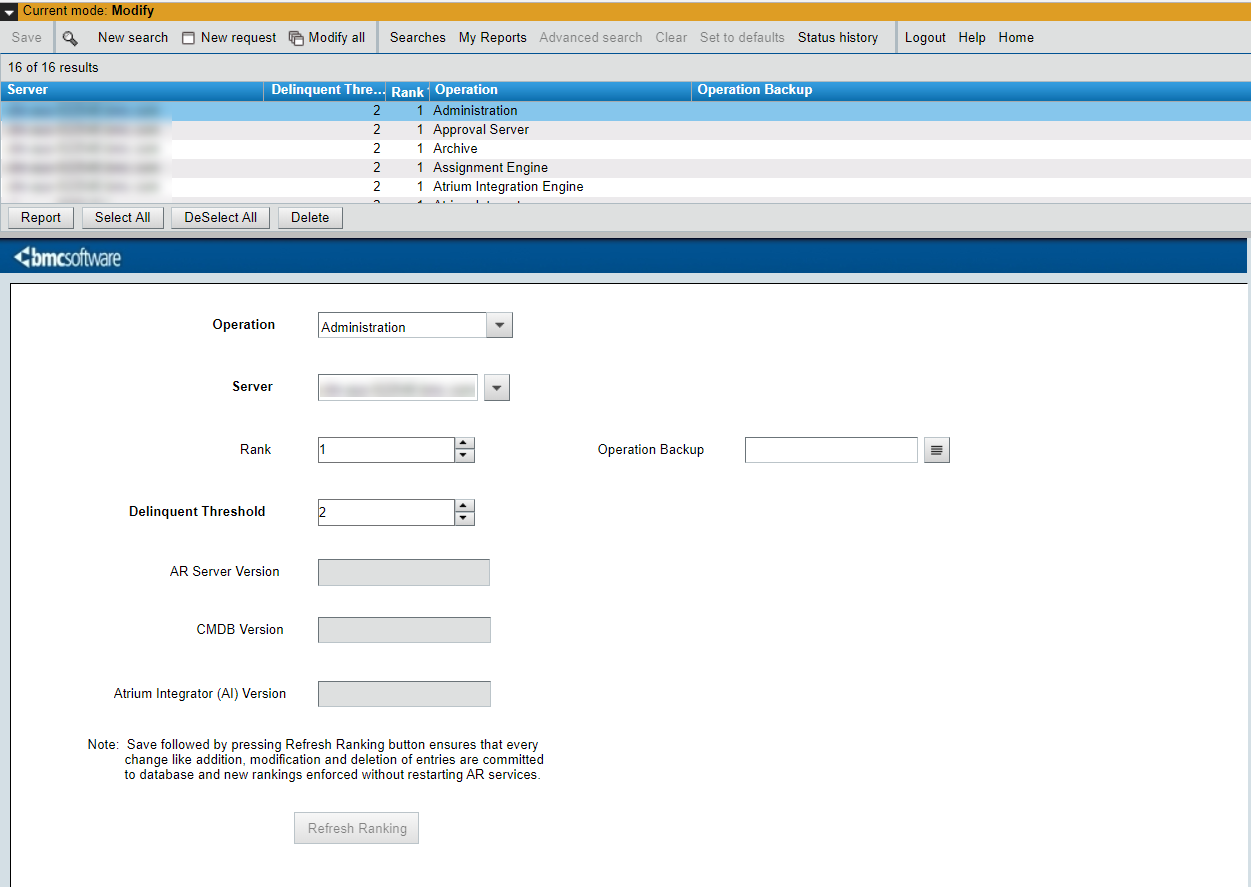 The fields named Operation, Server, and Rank work together to define which server is the primary server for the operation, which server takes over if the primary server fails, and so on. The installer populates the fields named AR Server Version, CMDB Version, and Atrium Integrator (AI) Version during the Zero Downtime Upgrade process. In other cases, for example, when the ranking entries are recreated, these fields may remain blank.

Guidelines to set operation rankings for the server group

Use the following guidelines to determine how to set operation rankings for the server group:

To establish operation rankings in the server group

Refresh Ranking allows you to save your changes without restarting the AR System server.

The Delinquent Threshold field determines the number of times the specified server can miss reporting its status before the next server in the ranking takes responsibility for the operation. This setting works together with the Check Interval to determine the total time to failover for any operation.

Was this page helpful? Yes No Submitting... Thank you
Last modified by Anagha Deshpande on Jan 02, 2020
server_groups ar_system_server failovers