This documentation supports the 19.08 version of Remedy Action Request System.

Signaling mechanism in a server group

For Java servers, arsignald process is not used for communication in a server group.

When a server needs to communicate with the other servers in the group to process a request, the following actions occur:

This type of communication is used in operations such as Full Text Search (FTS), application pending messages (for example, Approval, Atrium Integrator). 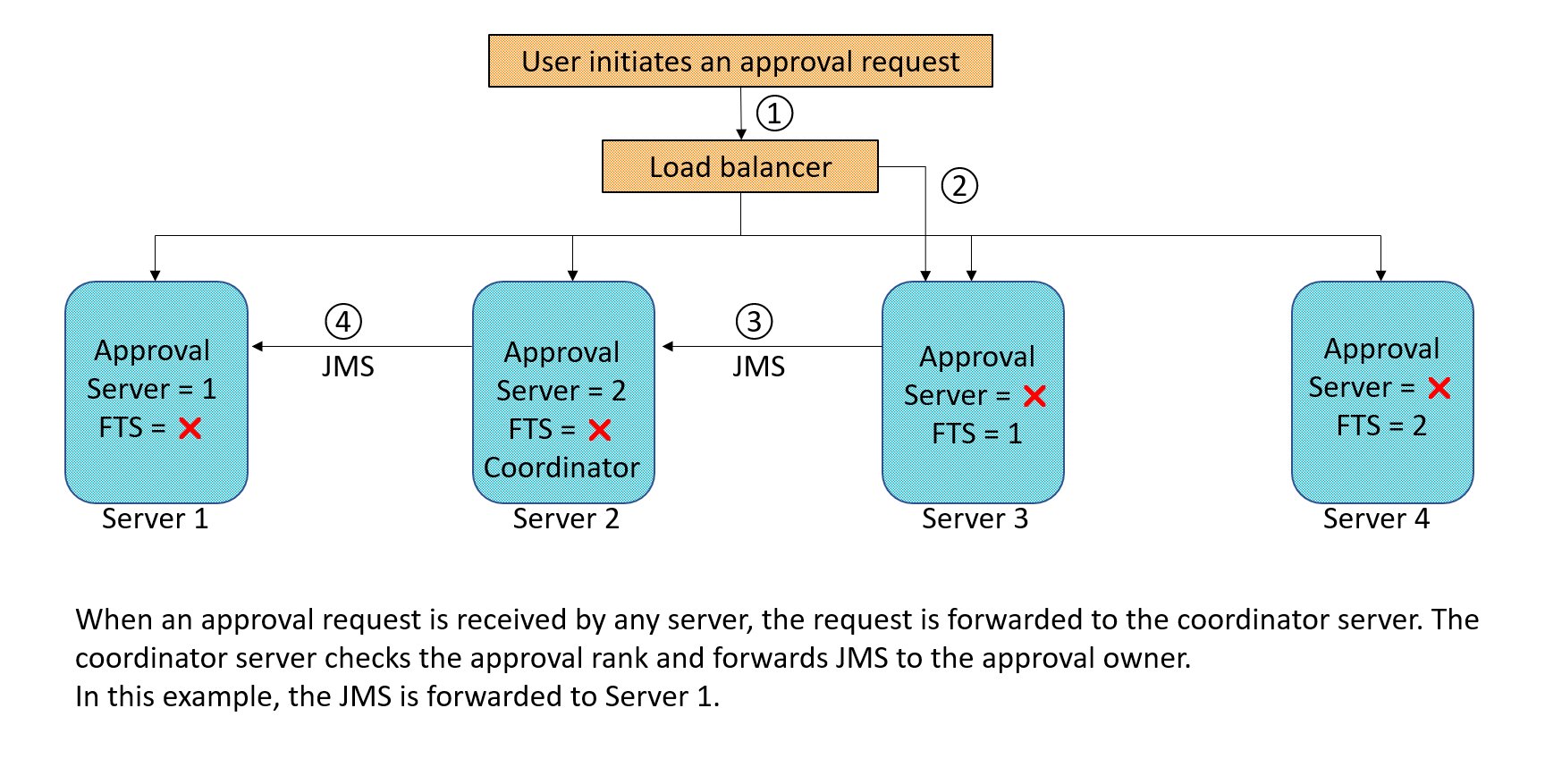 JMS messages are also used to notify servers when a user logs out, releasing a fixed or floating license on a server in the server group. Set the Suppress-Logoff-Signals parameter in Centralized Configuration to False. This ensures that when a user logs off from a server in a server group, other servers are notified about it, and the license is released back to the license pool.

If Suppress-Logoff-Signals is not added to Centralized configuration, add it manually.

Set Suppress-Logoff-Signals to True for systems where users cannot be logged on to additional servers with the same user session through a load balancer.

Java server uses Ehcache to hold metadata object cache in memory. For a server group, only the server designated as an administrator server is allowed to modify the metadata. When metadata is modified in the administrator server, Ehcache is updated. Ehcache is configured to communicate these changes to other servers in a server group by means of RMI calls so that the other servers also update their in-memory metadata cache.