This section contains information about enhancements in the version 18.08 of BMC Remedy AR System.

When you want to monitor any key metric on a regular basis, you can choose to customize the Server Group Dashboard of the Remedy Management Console by configuring any out-of-the-box flashboards on your server. The objects on the server group dashboard are now displayed through a flashboard with HTML rendering. HTML rendering offers more configurations to view the server group statistics. For more information, see Customizing the dashboard of the Remedy Management Console.

There is no change in the flashboard rendering for the rest of the forms.

The below screen illustrates the RDA:DeploymentPackageCheck form with the Content Deploy option. 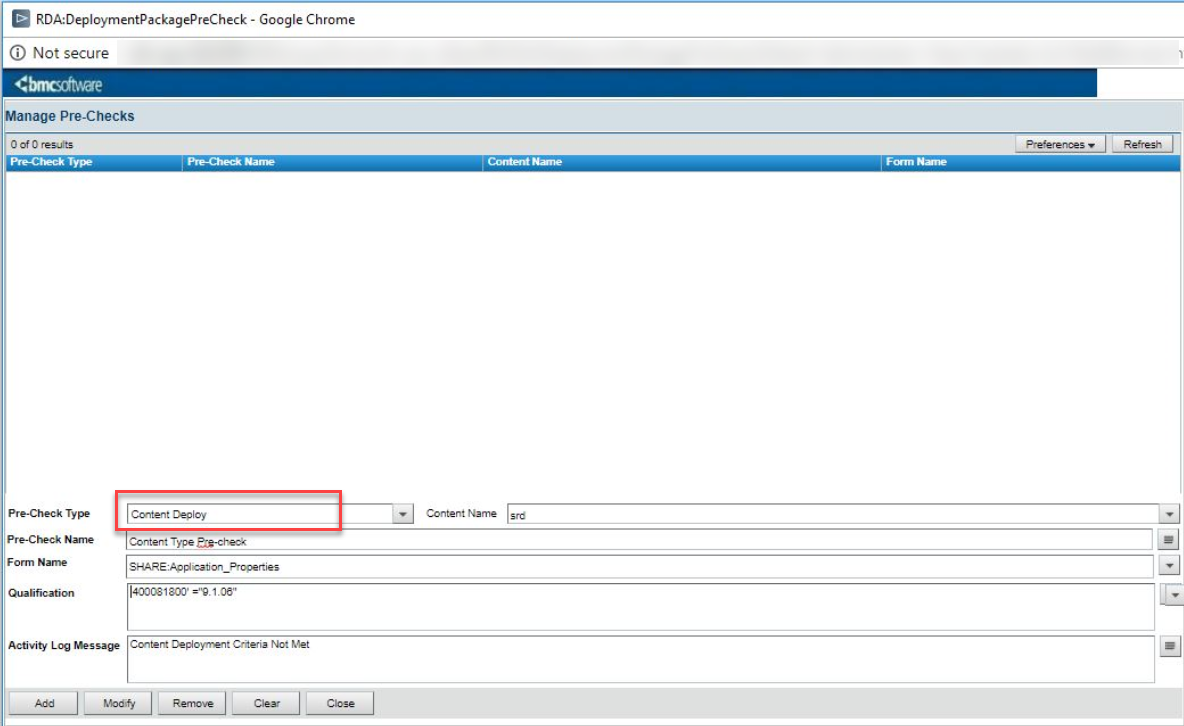 The new Processing Group Name field on the AR System Single Point Deployment Payload form enables an administrator to create a logical group of payloads that correspond to a particular process or a set of processes. This helps in avoiding multiple restarts while deploying payloads corresponding to the impacted process or set of processes. 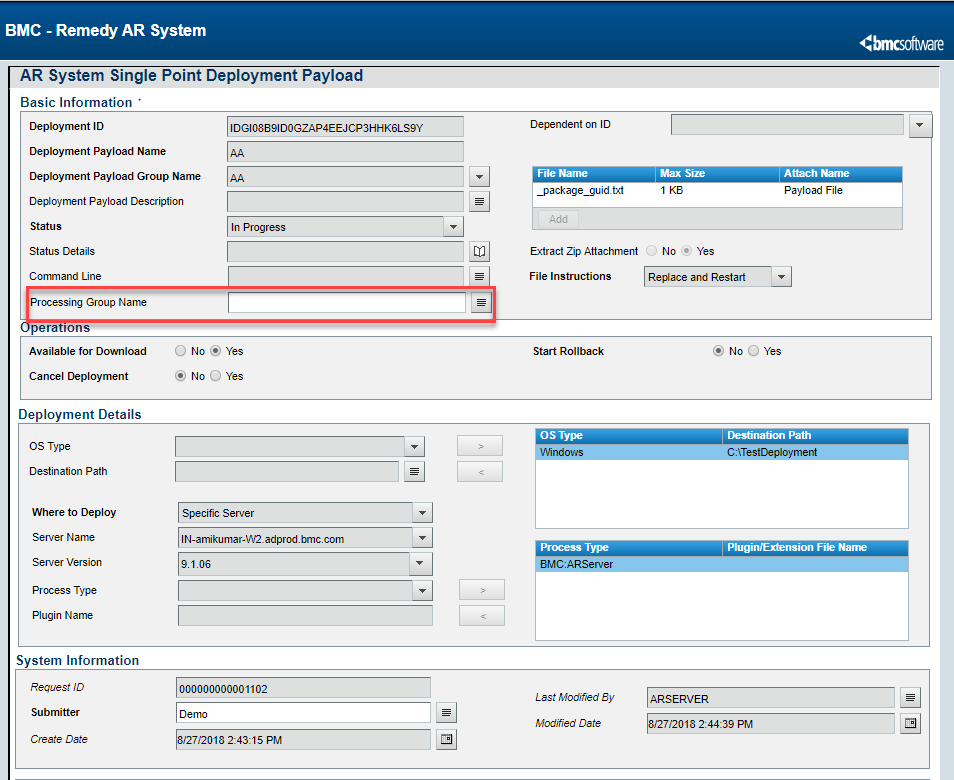 For example, a package contains a definition file, a payload, and an arx file. When you start the deployment, first the definition file is deployed. Then the system prompts to run the arpayloaddeploymentutil.bat or arpayloaddeploymentutil.sh utility to deploy the payload. After the payload is successfully deployed, the system processes the arx file. Once the arx file is deployed the status of the package changes to Deployed.

BMC recommends keeping all payloads together in sequence.

What's changed in this release