BMC Remedy AR System associations are used in BMC Remedy ITSM application primarily for archiving. You can also use these associations with RESTful APIs to get related entries. For more information, see Operations on entry objects.

The following sections are provided:

Understanding the value of associations

Associations can also be used to govern the behavior of archive definitions. For more information, see Defining associations to follow.

Each association has cardinality, which dictates how the entries in the two forms are related. The options are:

All cardinality options may have an entry that is related to no other entries. For example, a one-to-one relationship between an employee and email address includes the possibility that an employee might not have any email addresses. 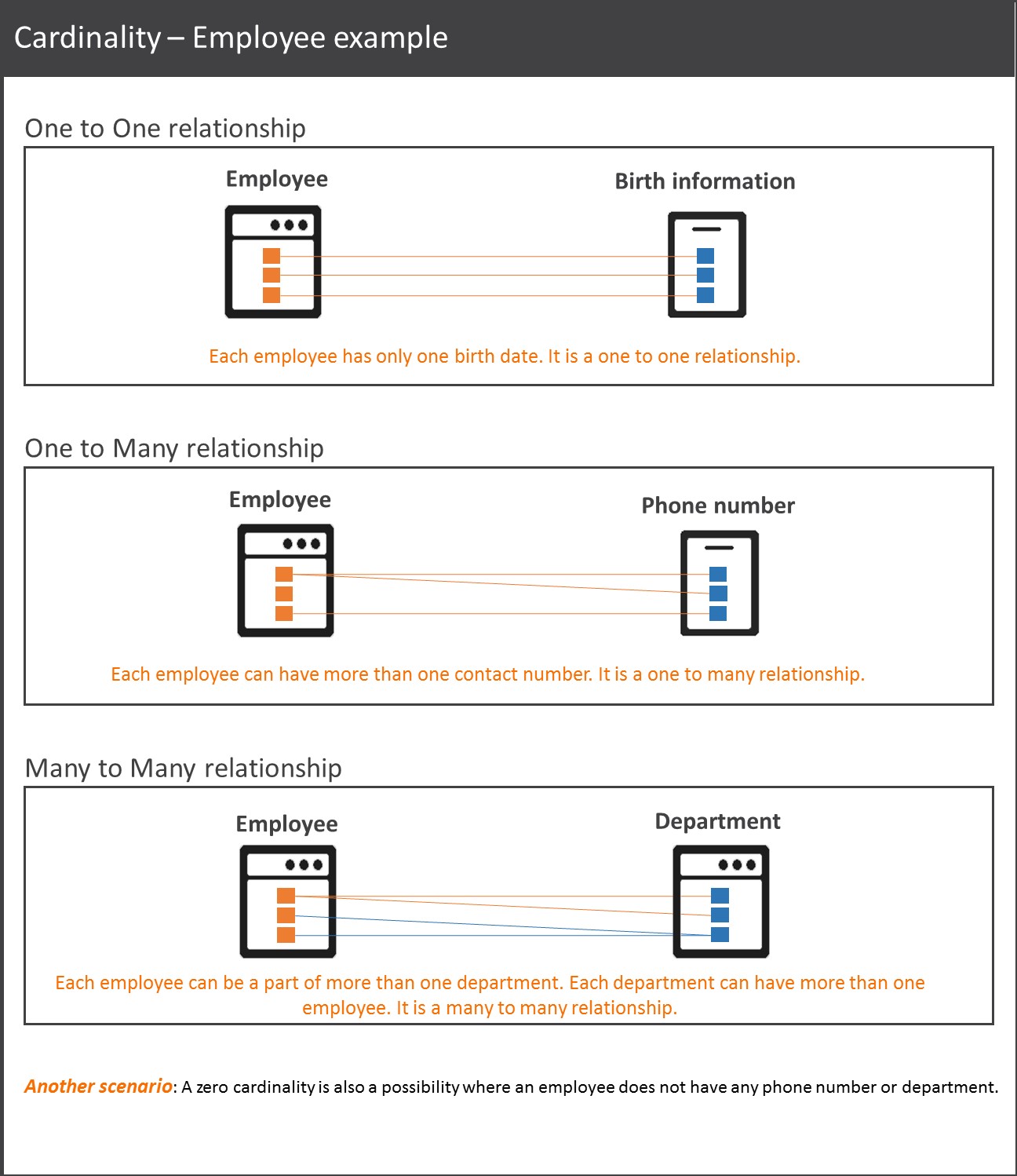 Data relationships defined by associations may be enforced (strong) or not enforced (weak).

If an association is defined as enforced, the BMC Remedy AR System server ensures data integrity is maintained. Data integrity means that the server will enforce the cardinality of the association and will ensure referential integrity. Thus, an entry will not be able to refer to another entry that does not exist.

Only one-to-one and one-to-many cardinality can be enforced. You cannot create an enforced many-to-many relationship in BMC Remedy AR System. The server performs the following functions for the enforced association:

Unenforced associations provide a way to describe data relationships that are not directly enforced by the server. These associations may be otherwise enforced, by defining workflows in BMC Remedy Developer Studio.

Direct associations involve only two forms, and require that references from one form to the other use only data that is present on the forms.  Direct associations can be used for one-to-one and one-to-many relationships. They cannot be used for many-to-many relationships. In the following example, the Employee Phone form directly holds reference to Emp ID of the Employee form.

Whether the association is enforced or not, for an indirect association, the server will always delete related entries from association form if an entry is deleted either from primary or secondary form.

When defining an association, you have the option of specifying a qualification for each of the forms involved. Qualifications allow different relationships between entries in the same two forms or the storage of multiple relationships in a single indirect association form.

You would add a qualification in the first association requiring that the field on the telephone number form be office phone option.

An Association object does not have any permissions. Only administrators are allowed  to create, modify and delete associations.  All other users can view an association, if they have access for viewing the all the fields and forms used in that association.

Introduction to the Association Server Object