How CMDB data is stored in Remedy forms

BMC CMDB stores instance data by a method defined by the type of class containing each instance. This topic lists the types of classes that BMC CMDB provides.

A regular class stores the data for its attributes in its own BMC Remedy AR System form. If it is a subclass, that form is a join form that joins the attributes of the superclass with the attributes unique to the subclass.

The following figure shows the forms for a new regular class, with the lines representing a join between the superclass and the form containing the uninherited attributes of the new class. 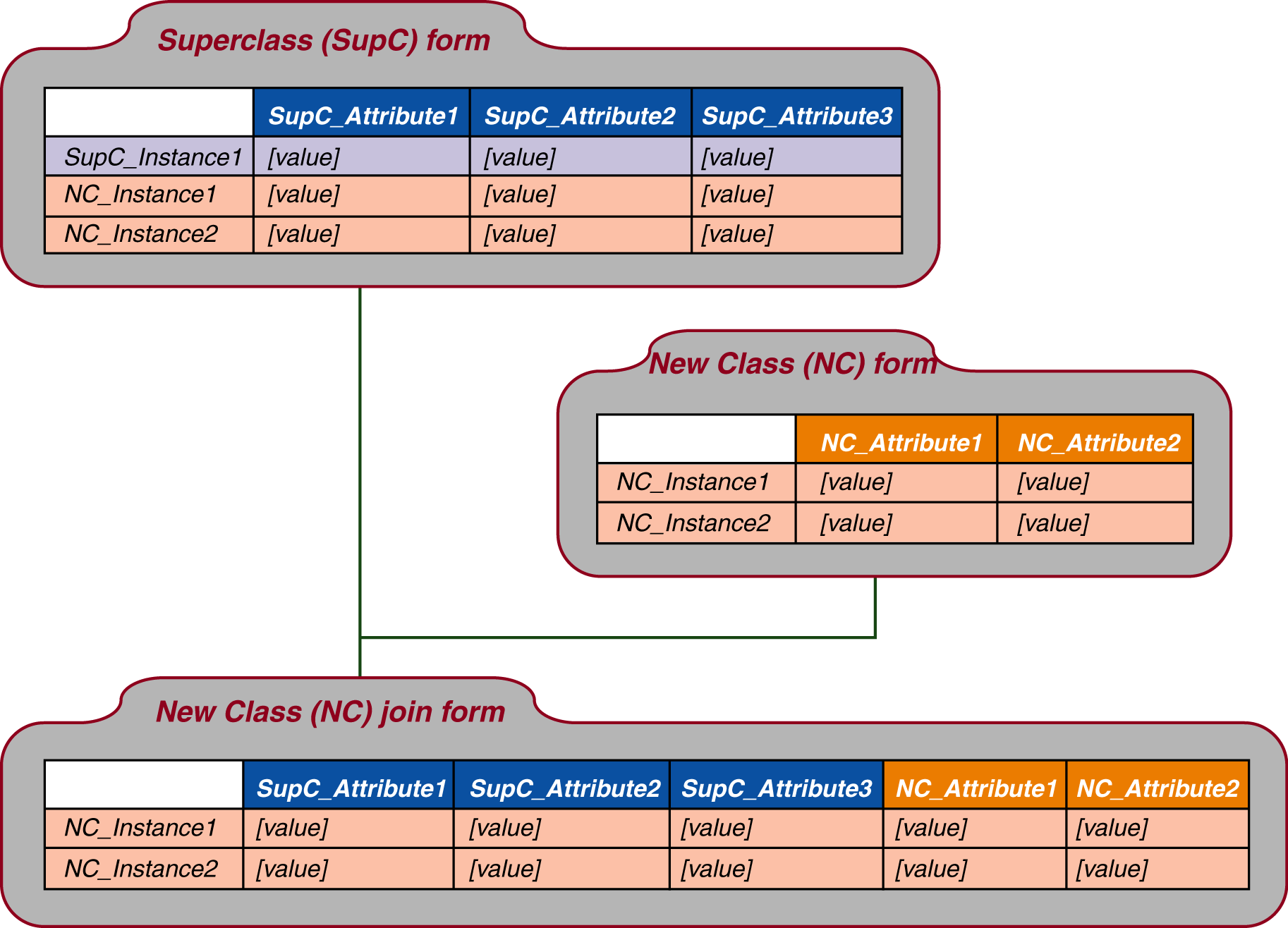 By searching in the superclass form, you can find instances of both the superclass and the subclass. This is a useful way to search when you do not know which class an instance is stored in. However, you must then go to the subclass form to see all attributes of the instance.

An example of a regular class in the Common Data Model (CDM) is BMC_ComputerSystem.

A categorization class does have its own join form, though this is only for the purpose of providing a form (and SQL view) that uses the actual class name. The join form is a join of the superclass form and a stub form with no records, and is not part of the inheritance tree. Any subclasses of the categorization class are joined to the superclass form, and not to the join form. 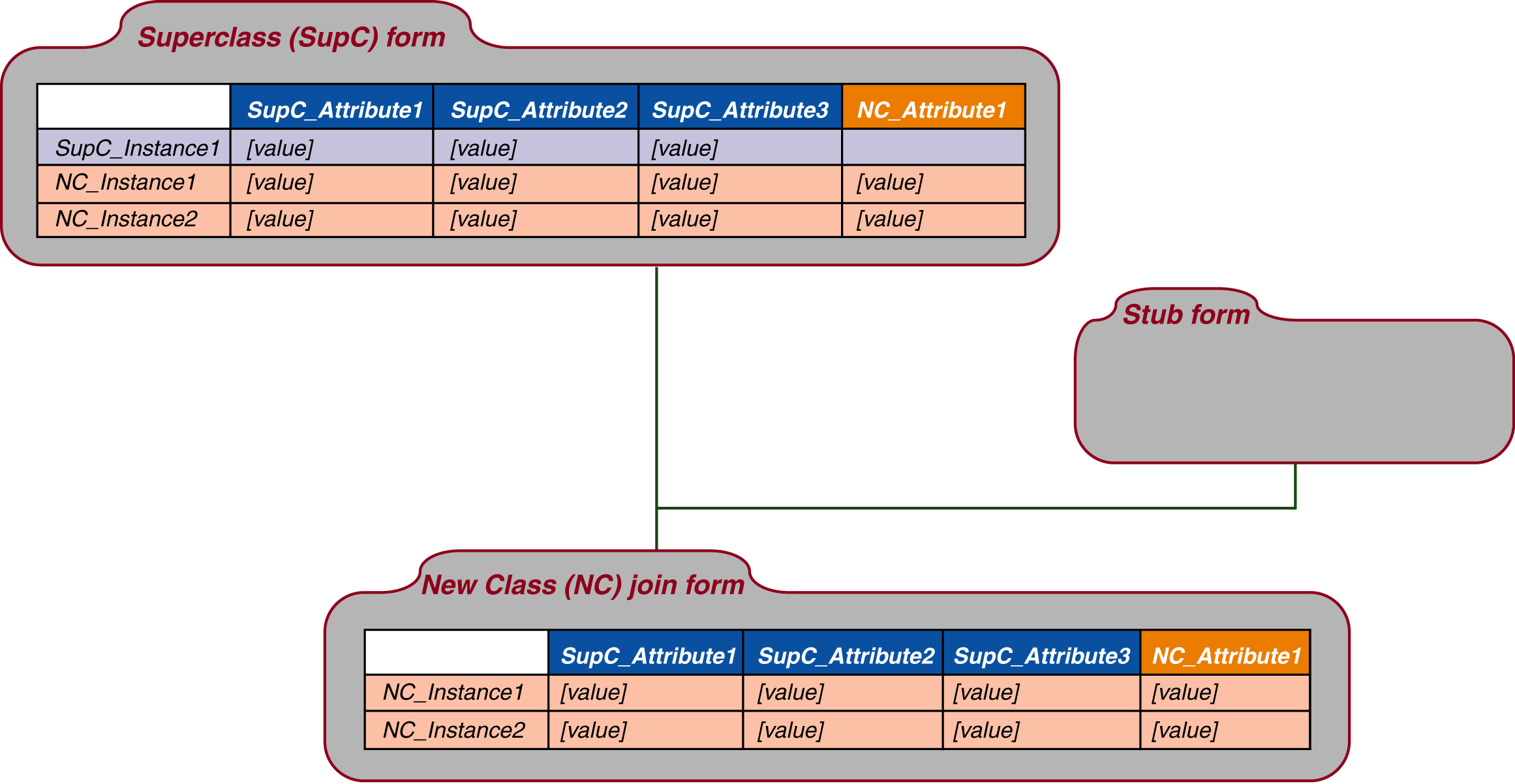 This data storage method avoids adding a database join to its subclasses. A join form is still created for the purpose of giving the categorization class a form (and therefore a database view) that uses its name, but that form is joined to a stub form and is not used by any subclasses.

An example of a categorization class in the CDM is BMC_Memory.

An abstract class does not have its own BMC Remedy AR System form and cannot hold any instances. It exists only to organize subclasses, enabling you to add a layer of organization without a database join.

Abstract classes are not commonly used. They are intended for special cases.

The following figure shows the forms for a new abstract class with two regular subclasses. The lines represent the joins between the superclass and the forms containing the new subclasses' attributes.

An example of an abstract class in the CDM is BMC_SystemComponent. 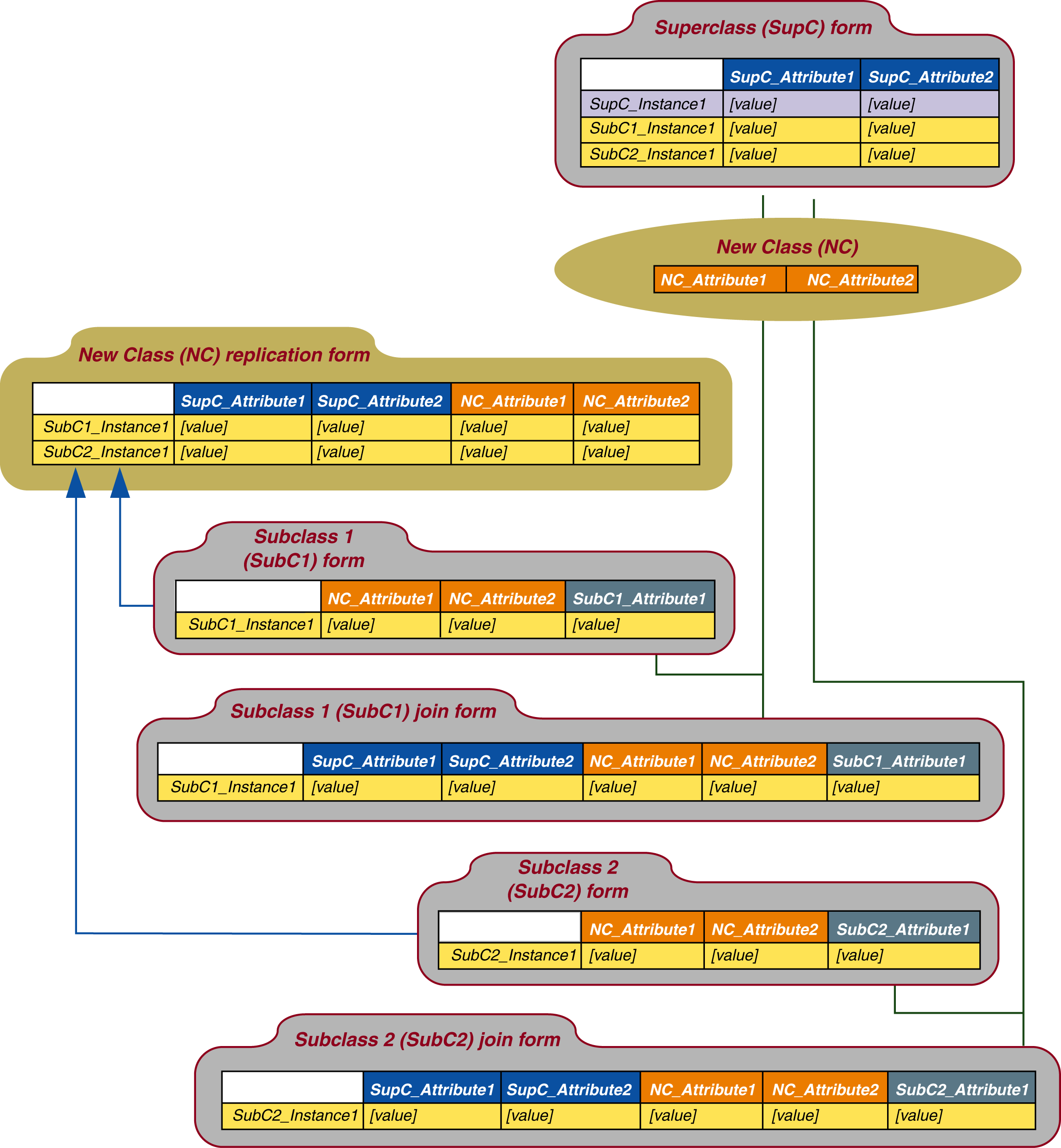 There are no examples of an abstract class with data replication in the CDM.