Using snapshot and change tracking results, you can:

The following figure shows a new baseline is created. 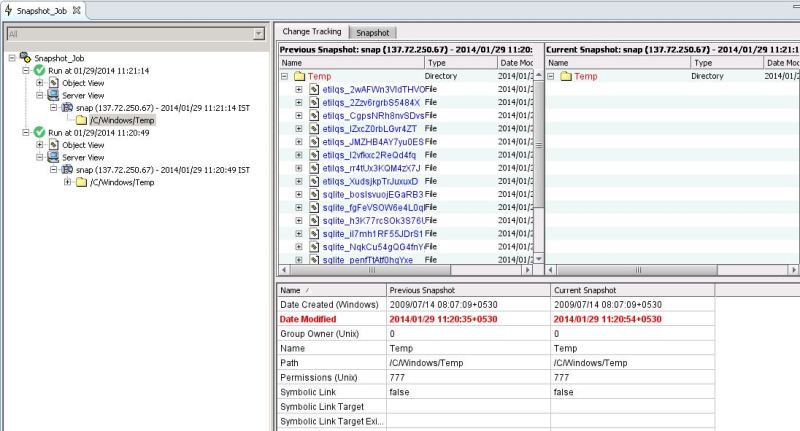 Snapshot Jobs are stored in the Jobs folder. Snapshot Jobs that have run at least once are also accessible from the Snapshot Results tab of the associated server, by right-clicking the server in the Servers folder and selecting Browse.

Was this page helpful? Yes No Submitting... Thank you
Last modified by Fran Coughlin on Aug 07, 2013